“Hellboy”
R: Strong bloody violence and gore throughout, and language. 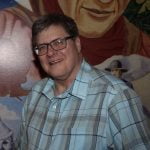 The somewhat confusing history: Guillermo del Toro – yes, the same filmmaker who won an Oscar for  his direction of “The Shape of Water” – and actor Ron Perlman brought comic book artist Mike Mignola’s character Hellboy to the screen 15 years ago. Reviews were decidedly positive and they repeated the magic with a sequel in 2008.

Del Toro reportedly hoped to return when producers announced a new “Hellboy” project, only to be turned down in favor of Neil Marshall, director of “The Descent.” Perlman, siding with del Toro, was  replaced by actor David Harbour in the title role. Harbour is best known for his portrayal of Jim Hopper in the ongoing Netflix series “Stranger Things.”

That said, one would be hard pressed to find movies stranger than this new “Hellboy,” another gore-fest best enjoyed if equipped with a figurative mop.

I took the time to research some of the more popular ways to make movie blood after seeing the film. Marshall, who also has aided with battle scenes for television’s epic “Game of Thrones,” was given no boundaries here. Whatever the blood recipe used, his command likely was to keep extra full buckets on hand – if not a hose.

OK, I am exaggerating a bit. But while there is no Oscar category for it, there is an art to creating the villains and demons in such films. Thus, congratulations to former Lubbock resident Melanie Aksamit – she tells me she lived here three years – who is among those earning a screen credit for her “special makeup effects.” No small achievement.

To keep on track, Hellboy remains the figurative demon with a heart of gold – even to the point of cutting off his flaming horns and filing both down each morning.

Not much he could do about disguising the red skin, the enlarged right fist formed for pounding or the huge revolver designed to fit into that fist.

Still, as a newborn, he was not killed and as an adult he helps the mortal whom he calls dad (played by Ian McShane) and who runs the Bureau of Paranormal Research and Defense. Even so, dad does place him in some tough spots.

Then again, just try keeping up, even before we meet Hellboy.

Consider, instead, a flashback introduction to the real King Arthur in 517 AD. Nimue, the Blood Queen of the Underworld  – portrayed by Russian-born actress and musician Milla Jovovich, star of the “Resident Evil” franchise – has been tricked into appearing before Arthur and begins to loose an apocalyptic plague on the entire world.

However, Arthur draws the sword Excalibur – the sword in the stone an important plot point – and lops off her head. Not that this silences Nimue. Arthur proceeds to keep lopping off limbs and body parts, locking each into a separate trunk of sorts, and ordering his knights to ride in all possible directions and hide the locked boxes so Nimue never again can be whole and dangerous.

And all this happens in, oh, about the first three minutes or so.

Aside from all the splatter and prosthetics and smart aleck wisecracks from Hellboy and associates, it likely would demand too many minutes and words to provide a full plot. It will suffice to say Hellboy must confront the truths behind his own origin as half-man and half-monster, while making sure the Blood Queen does not return.

That said, I saw this after being bored by the “Pet Sematary” remake. So “Hellboy” may not follow the same path of its predecessors but, on the other hand, those not immediately turned off by the mere concept of blood-soaked action at least will not be bored.

There is a time jump, after all, from King Arthur to possessed lucha libre wrestlers in Mexico – just think what happens when these wrestlers remove their masks – and from there special effects artists have a field day with Andrew Cosby’s script calling for a boar-man with a Scottish accent, a trio of giants, more witches and Rasputin helping out Nazis. And much more.

There is no guarantee Hellboy will return to the big screen; Big Red never was part of the DC or Marvel universe. At the least, the current rendition is said to be faithful to comic books that Hellboy called home.

Yet everything has to be over the top. When an old hag (are there young hags?) demands Hellboy seal an agreement with a kiss, it isn’t likely to be a dry peck on the lips. Ick.

To his credit, Harbour may avoid Perlman’s approach, but he still reveals the warmth of a loyal friend and the humor of someone who keeps insulting enemies even after killing them.

Sasha Lane also impresses as Alice, a psychic saved from an evil fairy by Hellboy when she is a mere infant.

Oh, as for all those boxes … Are they found? And will the pieces of Jovovich’s Blood Queen Nimue interlock so she can return? You’re not really asking that, are you?

This reboot fits the horror genre, although there are times when things become so ridiculous that one just has to laugh. 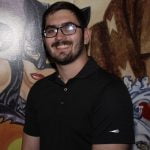 I don’t remember much of the first “Hellboy” movie; it was released in 2004, which feels like ages ago. I do remember how much I enjoyed it when I got around to seeing it, so a remake worried me. Like “Shazam,” “Hellboy” did surprise me, but not enough to consider it a solid movie overall.

The first obvious change is the new Hellboy being played by David Harbour as a much more foul-mouthed and less serious version of the same character introduced by Ron Perlman.

Perlman provided a better Hellboy, no question, but Harbour is responsible for more comedy and makes the movie enjoyable. Without him. I doubt I would have liked this movie as much – although I’m still betting Perlman could have accomplished even more.

This movie is rated R for good reason. There is enough gore and blood to satisfy splatter fans for the next year.

Then again, thinking about how much was spent on blood effects can be a distraction. No doubt the same effect could have been reached without a few buckets of gore.

Some, not all, new characters are enjoyable. I personally liked the combination of Daniel Dae Kim and Sasha Lane, cast as Major Ben Daiomio and Alice Monaghan, respectively. Each is fun to watch. They arrive late in the movie, but at least we know their back stories and relationship with Hellboy.

Not as impressive: Milla Jovovich playing Nimue, the Blood Queen, and Ian McShane as Professor Broom.

Nimue comes across like a stereotypical villain with no new plan, ideas or characteristics. She uses people to get what she wants, which feels worn out at this point.

McShane, on the other hand, tries too hard to be different from the original professor played by John Hurt. We feel the former professor actually cared about Hellboy and his well being; this new guy at times seems to be using Hellboy. I did not feel the necessary emotional connection between Hellboy and the professor this time around. That made him less likable.

Storytelling isn’t anything special, although give it some credit: It is far better than that in “Pet Sematary.”

This remake is not the equal of the original “Hellboy,” but it’s not awful. If the movie’s villain were not such a stereotype and so many scenes painted red with blood, the overall might be far more interesting. For now, it is likely the sheer amount of bloody special effects will find moviegoers turning away from it.