Setting the game apart, somewhat, is an individual Tech supporter bringing in singer Vanilla Ice to headline the halftime show.

Vanilla Ice – real name Robert Matthew Van Winkle, 52 – was born in Dallas and said that hip hop became an early passion because of his love for poetry.

He joined a breakdancing group at age 13, leading to his nickname of Vanilla because he was the only dancer who was not black.

When he began battle-rapping at parties, the nickname became MC Vanilla – but when he invented a breakdancing move he called The Ice, boom, the name Vanilla Ice was born.

While he is still recording, his biggest hit by far remains “Ice Ice Baby,” a hip-hop tune he co-wrote (reportedly at age 16) with K. Kennedy and DJ Earthquake.

“Ice Ice Baby,” released in 1990, was the first hip-hop song to top the Billboard music charts.

Much could be written about Vanilla Ice’s colorful career, which would include arrests and an eight-month relationship with Madonna – and of course his Grammy Award nomination and victory in the hip hop/rap category at the American Music Awards.

Eminem and Vanilla Ice later name-dropped each other in songs in both positive and negative fashion. Remembered is the latter’s quote to reporters in which he said he regarded all of Eminem’s references as flattering.

“I give him credit. I think he’s talented. I think he is a killer rapper. You know I don’t compare myself to him because he’s another white rapper. I don’t compare myself to any other rapper period, I don’t colorize hip hop, it’s stupid, but for people who are doing that are just looking through the eyes of a racial standpoint, and it really shouldn’t be looked at that way. You’re looking at two musicians that are in a broad brand of hip hop, so you don’t need to compare us two. Following me, any white rapper is going to hear ‘Oh, you think you’re Vanilla Ice?’ So I am sure he heard that,” Ice said.

The concert won’t be long, but it is interesting to see Tech Athletics also accepting and embracing music history. 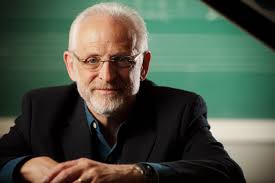 Those in Lubbock who follow serious music, whether on campus or via professional orchestra, already know what a treat it is to listen to pianist William Westney perform.

Westney is the featured guest artist with the Lubbock Symphony Orchestra this weekend, this time playing the Piano Concerto Opus 16 in A minor by Norwegian composer and pianist Edvard Grieg. The concerto pays tribute to the vibrant sounds of Norwegian folk music.

Concerts are at 7:30 p.m. Friday and Saturday at the Lubbock Memorial Civic Center Theatre. Reserved seats for the general public are $50, $40 and $25.

The full program each night finds the Grieg concerto bookended by the full Lubbock orchestra’s performances of “Karelia Overture Opus 10,” by Jean Sibelius, to open and Symphony No. 5 by Sergei Prokofiev, to close.

Westney is a professor and artist-in-residence at Texas Tech. He has been awarded the top piano prize at the Geneva International Music Competition and appeared as a soloist with such major ensembles as l’Orchestre de la Suisse Romande and city symphony orchestras in Houston, San Antonio and New Haven.

Grieg’s Piano Concerto Opus 16 was the composer’s first and only complete concerto. It was his first composition to employ a full orchestra and received overwhelming praise from critics and audiences. It would become the first piano concerto ever recorded.

Prokofiev composed Symphony No. 5 during the summer of 1944, as World War II continued. During the rise of communism in Russia, Soviets valued Prokofiev’s reputation as one of his generation’s greatest melodists and exploited his talents for cultural propaganda purposes.

“These concerts will surely make for very special evenings for patrons and performers. From the beautiful, sweeping melodies of Sibelius’ ‘Karelia Overture’ to Prokofiev’s intense Symphony No. 5, this program offers a truly exceptional experience,” said  David Cho, LSO conductor and music director,

“We are incredibly honored to share the stage with pianist William Westney. His unmatched talent will truly take this performance to the next level,” he said.

Patrons also are invited to take advantage of Soundbites, a pre-concert dinner which includes a conversation with Cho. Soundbites is $30 per guest. For details, call 762-1688 or visit online LubbockSymphony.org. 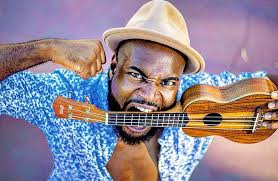 Those seeking cutting edge theater need only check out the award-winning one-man show being staged in Lubbock this weekend by its creator, Austin Dean Ashford.

The show is titled “(I)sland T(rap: The Epic Remixology of the Odyssey” and a preview can be found at youtube at https://www.youtube.com/watch?v=cK2BNKpkCHA

The show is an Afro-adaptation of Homer’s “Odyssey (remixed),” and the actor is armed with beatboxing, a ukulele, spoken-word poetry and fantastical animals.

“(I)sland T(rap: The Epic Remixology of the Odyssey” will be performed at 7:30 p.m. Friday-Saturday and 2:30 p.m. Sunday at Lubbock Community Theatre, 4232 Boston Ave.

Reserved seats are $15 for the general public and $10 for students and seniors. Tickets can be purchased at the door, by calling 749-2416, or in advance online at lubbockcommunitytheatre.org.

This production recently was featured in Scotland, New Zealand and in the United States at the Kennedy Center and off-Broadway at TheatreRow in New York City.

Lubbock Community Theatre – and locals who appreciate theater – can enjoy this particular one-man show because Ashford presently is pursuing a PhD in Interdisciplinary Fine Arts at the Texas Tech School of Theatre and Dance.

“I was born and raised in the Bay Area, but my passion for performance has taken me all over the world. During my time in Marshall, I competed for the Great Debaters of Wiley College, where I earned 21 national championship titles.

“I went on to pursue a dual MFA in Acting and Playwriting at the University of Arkansas, graduating in 2019. During that time, I have had the privilege of sharing my work and receiving top honors at the Kennedy Center’s American College Theatre Festival in Washington, D.C., the United Solo Festival in New York City, the San Diego International Fringe Festival, and the Dunedin and New Zealand Fringe Festivals.

“Last summer, I was selected as a OneBeat Columbia Fellow to join musicians from around the world to collaboratively write, produce and perform original music, and develop strategies for arts-based social engagement.”

“When I am not on stage or in the classroom, I am playing my ukulele and dreaming of the beach,” he wrote. 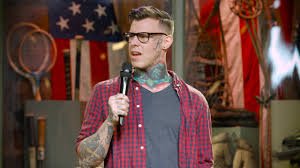 Reserved floor seating and standard balcony seats are $25. Limited seating in the balcony box is $50 and include free concessions provided the patron shows his ticket before ordering.

Dry Bar Clean Comedy shows are just that – professional comics who have shaped their material to be suitable for all ages.

Bits from these clean comedy shows have taken the Internet by storm. Consider heading to a standup show, knowing in advance you won’t have to dodge or count F-bombs. Nice, eh?

Check out the comics on stage Friday at the Cactus.

OK, maybe you cannot help but notice Shayne Smith’s tats. He describes himself as “a former gang member, and a current comedian.” Smith explores the true horrors of his life with light-hearted surreal interpretations, proving you cannot judge a book by its face-tattooed cover.

Smith, by the way, won the 2015 Salt Lake City Comedy Superstar competition and has been voted Best Alternative Comedian of 2016 by City Weekly.

Presently on the Dry Bar Comedy tour, he also has performed on the Disney Channel, Lifetime Channel and Food Network.

Whittaker was voted Best Utah Comedian in 2014 and was named Best of the Fest at the 2018 Big Pine Comedy Festival.

Screen classics, including ‘Lawrence of Arabia’

I initially leaned toward making the Fathom screening of Oscar winning 1951 musical “An American in Paris,” with Gene Kelly and Leslie Caron, my final Best Bet. After all, there is nothing not to like about the film, especially with all of those Kelly choreographed dance numbers.

But my attention was pulled away by the announcement the 216-minute director’s cut of “Lawrence of Arabia” will be on the big screen in Lubbock this weekend. And that is a Best Bet whenever it is made available.

Specifically, director David Lean’s Academy Award-winning 1962 classic will be shown only once on the big screen at 2:30 p.m. Saturday at the Alamo Drafthouse Cinema, 120 W. Loop 289.

According to the Alamo’s web site, tickets are $10 plus tax, with no shortage of available seats – so far anyway.

“Lawrence of Arabia” definitely ranks in my top 10 films of all time, but the American Film Institute ranks it even higher — fifth on the list of history’s best films, following “Citizen Kane,” “Casablanca,” “The Godfather” and “Gone with the Wind.”

Maurice Jarre was given only six weeks to compose the orchestral score. He delivered one of history’s very best. Again, referring to the American Film Institute, history’s best film scores are led by “Star Wars” and “Gone with the Wind” – with Jarre’s recognizable score for ”Lawrence of Arabia” following in third place.

The film’s title character is played by Peter O’Toole, a successful stage actor who just might have delivered one of history’s greatest screen performances in his film debut.

Timing, however, found that year’s Academy Award earned by Gregory Peck for “To Kill A Mockingbird.”

As it turned out, O’Toole, one of my favorites, would earn a total of eight Oscar nominations for Best Actor in a Leading Role but never won.

“Lawrence of Arabia” was nominated for 10 Academy Awards and won seven, including Best Picture, Director, Music, Cinematography and Editing. The film is based on the life of T.E. Lawrence, including his leadership on camel-back in attacks on Agaba and Damascus and involvement in the Arab National Council.

Themes also explored Lawrence’s struggle with identity, and his divided allegiance between his native Britain and its army, and newfound comrades within the Arabian desert tribes.

It remains one of history’s most influential feature films.

In 1991, “Lawrence of Arabia” was deemed “culturally, historically, or aesthetically significant” and selected for preservation in the U.S. Library of Congress’ National Film Registry.