Latest News
Bill’s Best Bets: Looking for movies to lift your spirit during these times of troubles? Here are 15 recommendationsConfused what to do during this crisis? It’s not a hoax, listen to experts and be inspired by our wide-open spaces to keep spreading outBill’s Best Bets Social Distancing Edition 4: Hulu recommendations & ’50s TV show siteThe arts are important … but Nancy adding millions to coronavirus bill for them?Bill’s Best Bets Social Distancing Edition 3: Disney+ is more than just Disney, especially ‘Mandalorian’ 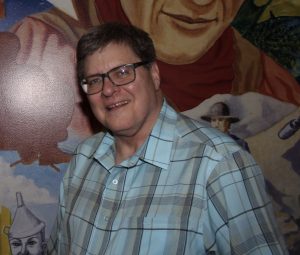 “The Lion King” is the third animated Disney musical which the studio has tried to fool audiences into believing can be remade into an even better “live action” story. The third this year, in fact.

I only wish it were possible and, believe me, I tried to find a bright side.

The first to arrive in March was director Tim Burton’s remake of 1941’s “Dumbo,” hardly an auspicious start if only because, aside from a newborn elephant having oversized ears, this was a completely different movie. No comparable story was introduced. No comparisons could be made. Well, OK, the title was the same and eventually the elephant flew through the circus tent.

But even that did not make anyone forget Colin Farrell’s mailing in his performance.

Next up in May: Director Guy Ritchie’s “Aladdin.” Pardon me for wondering how anyone could forget two words from the 1992 classic: Robin Williams. No one, no way, no how was going to equal, much less surpass, his improvisational brilliance from the 1992 classic. The remake could not possibly match the color or even its sense of splendor.

Still, it was not a bomb. Will Smith exhibited courage in stepping into Williams’ shoes. He gives a charming performance.

And the film showed vast improvement in one respect: Naomi Scott creates and delivers a much more exciting and entertaining Princess Jasmine. Her vocal delivery soars on “A Whole New World,” to the point the studio gave her a new song of her own: “Speechless.” Still, should Disney’s “Aladdin” have been remade? Absolutely not.

No doubt the biggest Disney remake was to be director Jon Favreau’s transferal of the 1994 classic “The Lion King” from animation to, well, CGI. I recalled from my youth the wonderful Disney nature documentaries and, for a moment, considered this legacy might help.

But no way is this actually live action when the recreated scenes were filmed not in Africa, but rather in Disney’s London visual effects offices.

True, a quarter century has passed since the first “The Lion King” made its way to big screens; many of today’s young moviegoers never have seen it in a movie theater.

The animated “The Lion King” opened in July 1994. It became a true cinema classic and this follow-up will never ever match it.

Consider the 1994 “The Lion King” remains the most successful animated movie, even after 25 years; no other animated film in a quarter century has exceeded its sales figures, despite Disney taking it off national sale shelves at times.

The 1994 film went on to inspire a brilliant, Tony Award-winning stage musical. Opening in 1997 was a brilliant new “The Lion King,” forever remembered for its direction and costume design by Julie Taymor, lighting design by Donald Holder, mask and puppet designs by Taymor and Michael Curry, and makeup design by Michael Ward.

Both of my granddaughters were excited about the release of the newly updated “The Lion King” – and so I arrived at the theater with my fingers crossed.

After all, Favreau (in photo above) did a wonderful job when asked in 2016 to update Disney’s “The Jungle Book” in a more realistic fashion.

Yet his new “The Lion King,” while beautifully crafted, deals with animals unsuited to the effects of animation. One simply cannot accept them as the same characters.

Well, with the possible exception of glorious efforts by Billy Eichner and Seth Rogen as Timon and Punbaa, respectively. There is a wonderful visual showing Pumbaa running toward the camera in long shot, bringing to mind a similar visual from “Lawrence of Arabia.”

Only this time dust is stirred from an African valley floor, until at last Pumbaa crashes into the buzzards who mean to eat little Simba … scattering them like so many bowling pins. It’s impossible to refrain from laughing our loud.

Mind you, with Rogen here, the warthog’s fart jokes also are not played down as much this time.

Retaining the voice of James Earl Jones as Mufasa is a given. But as much as I love Chiwetel Ejiofor – I’m a big fan – not even he can capture the creepy cowardice Jeremy Irons instilled in the original voice of Scar, a character willing to murder his own brother.

I should also mention I’ll never feel the same way when watching Timon and Pumbaa singing “The Lion Sleeps Tonight” – not since I watched the remastered movie called “The Lion’s Share,” streaming on Netflix.

“The Lion Sleeps Tonight” originally was written by Solomon Lindy, whose recording of the song with a band named The Evening Birds dates back at least to the 1930s. He never made a penny from this song – even after the song made its way from folk music revivalists Pete Seeger and The Weavers to varied pop artists and a powerful international film and music corporation.

The man featured in “The Lion’s Share” provides a shocking glimpse – on both sides of the court room – of just what Disney’s lawyers likely offered for delayed rights to the song and how Lindy’s survivors appear to have treated his legacy.

This is an incredible subplot that everyone who loves “The Lion King” should take the time to learn about.

Meanwhile, movie audiences may be split regarding the remake of  an animated musical romance inspired by, of all things, “Hamlet.”

But instead of the play’s bleak Shakespearian ending, “The Circle of Life” is completed and Simba, the true lion King, returns to Pride Rock and saves his kingdom, which includes all the sun touches.

The film is falsely billed live-action, which does not take away from so many attempts at shot-for-shot recreations, or the frightening and thrilling wildebeest stampede – or an agonizing visual of a character falling backwards off of a cliff that could only be created on a computer screen for both the original and the follow-up.

All of the delicious songs return, too.

Yet this was not reason enough for so many millions of dollars to be invested in a CGI film that never stands out as being equal to the 1994 classic animated musical.

That said, be assured  the new version of “The Lion King” is guaranteed to increase our heart beat from the moment we hear the Zulu chant opening the film  — “Nants ingonyama bagithi baba!” — to the memorable, musical percussion heard pounding over its final frames.

The story, its characters, music and songs all will forever be special, even if the first movie remains the best. 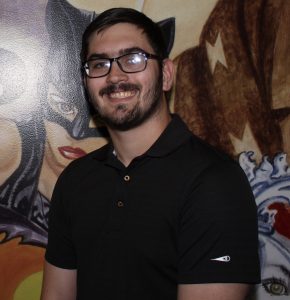 Expectations for Disney remakes were high. But for this summer’s remake of “The Lion King,” they reached another level. Most were positive magic would repeated, especially those who believe the 1994 original is history’s best animated film.

However, those expecting to be rewarded with the same movie, just with better visuals and some bigger stars, are doomed to be sadly mistaken.

Yes, the remake’s greatest aspect is its detailed visuals. This new “The Lion King” shows us how gorgeous and lifelike characters can become, even if they are really computer graphics on screen.

Massive attention is paid to detail, especially in close-ups of the young Simba. This is one of the best-looking movies Disney has released – but that detail comes back to bite the movie.

It’s obvious Disney wanted to make a more realistic “The Lion King.” In doing so, emotional scenes are damaged for lack of realistic facial expressions.

Sad scenes sound sad. But there are no tears and characters do not look remotely sad.

Vocal work is strong. Donald Glover and Beyonce are cast well as the adult Simba and Nala; their performances are so good. Getting James Earl Jones to return as Mufasa is a big plus; I don’t know who else could play the king.

Chitwetel Ejiofor is great as Scar, although his songs are not as good as I expected. Billy Eichner and Seth Rogen, as Timon and Pumbaa, are solid, if perhaps a little weaker than Nathan Lane and Ernie Sabella in the animated version; it was still great to see these characters return.

Overall, the cast is just fine. But that only makes up for a little bit of the overall problems.

Everyone remembers the great music that helped make the original film magical. When we hear “The Circle of Life,” one assumes the same fun will return. But the new film never matches the spirit of watching young Simba and Nala teasing Zazu in “I Just Can’t Wait to be King.”

Songs do not equal the effectiveness of the originals, which is a bummer.

Characters appear pretty much the same. Nala is more authoritative.  Scar is still the evil lion we know and hate. Mufasa also is the same, which was OK with me. Changing characters too much would hurt the remake in the long term.

Still, other than the appeal of making more money, I see no good reason to attempt to remake any film  classic.

In no way does this so-called “live action” remake improve upon the original, even with a great cast.

It’s difficult to like and appreciate this new movie when so many emotionally charged scenes lack the impact remembered from the original.

It’s hard to look forward to the future of Disney remakes, including next spring’s “Mulan,” when the first three remakes have been nowhere near as entertaining as their predecessors.

And that now includes “The Lion King.”