This is another in a series of columns on people who are making a positive impact in our community … in other words, A Lubbock Light.

Lubbock businessman and triathlon legend Mike Greer will celebrate 30 years since he began the Buffalo Springs Triathlon by relocating the race and the triathlon festival as the Lubbock IRONMAN 70.3 Triathlon June 29 and 30.

That’s not Greer’s only recent milestone.

Last September, he completed his 400th triathlon just three months before his 80th birthday. (Many of Greer’s honors are shown above.) Although he had been competing in the swim/bike/run event for 35 years, what made this feat even more remarkable was the recovery he made from a stroke suffered during a training ride just 13 months earlier.

Greer served on the USA Triathlon Board of Directors for two terms. The Texas native has organized 50 events across the state and southwest – in Dallas, Odessa, Amarillo, Big Springs, and Roswell, New Mexico – but his baby and the best-known event for 29 years has been the IRONMAN 70.3 Buffalo Springs.

A big factor bringing national and international recognition to this event was the endorsement of world champions triathletes. Two-time World Champion Scott Tinley and six-time World Champion Dave Scott told Triathlon Magazine that Buffalo Springs was one of the best races to prepare for challenging conditions at the IRONMAN World Championship in Kona, Hawaii.

While Greer has created dozens of triathlons and participated in events in 12 states and three countries, he proudly says, “My love affair with Lubbock is real.”

According to Greer, he and his wife Marti, also a triathlete and race director, have considered for some time moving the triathlon to Lubbock to find smoother roads for cycling, to create a more spectator friendly course with a finish line at Texas Tech’s AT&T Jones Stadium. Mike and Marti have supported Mayor Dan Pope’s emphasis on creating a culture of fitness in the city and they have directed the recent Mayor’s Marathon, which is a qualifier for the Boston Marathon.

The Lubbock IRONMAN 70.3 will feature a 1.2-mile swim at Dunbar Lake, a 56-mile bike course through Yellow House Canyon, followed by a 13.1-mile run making a double-loop through the Texas Tech University campus before crossing the finish line at the Jones AT&T Stadium. 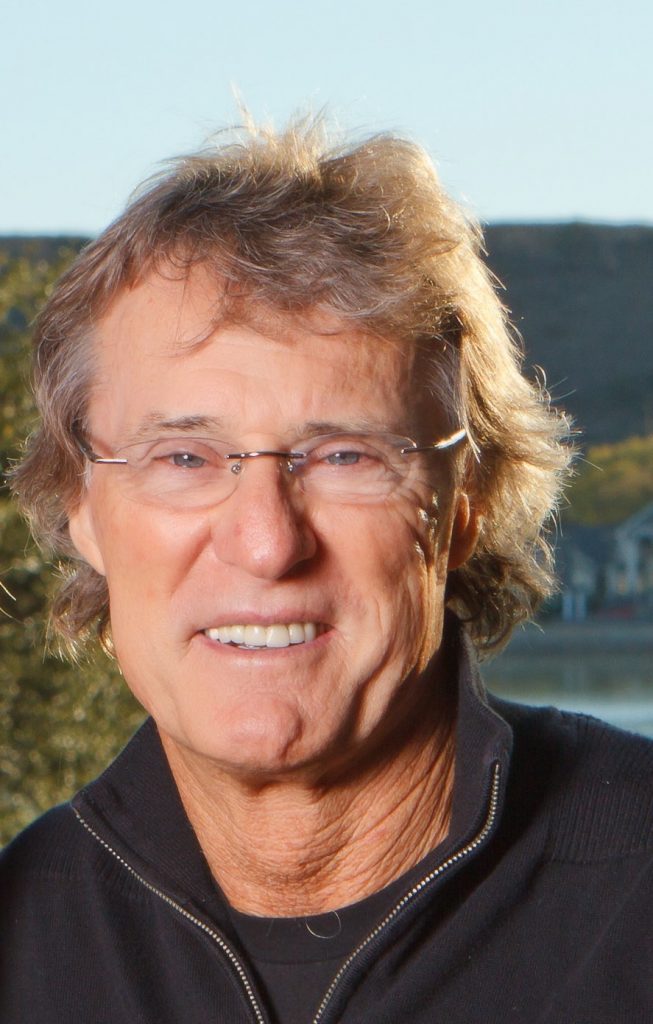 Greer has a  record of tackling challenging goals and persevering. In the winter of 1979, two years after he started running, he decided to enter his first marathon, a 26.2-mile race in Palo Duro Canyon State Park with one his handball buddies who had also started running.

“We drove up the morning of the race,” Greer recalled. “There was no cell phone technology or anything to check the clouds coming in, you had to turn on the radio and listen to the weather report. My friend called and said it was going to be zero degrees and forty-mile-an-hour winds. I said, ‘So what? Here’s what I recommend: get a heavy coat!’”

The temperature with the wind was ludicrously cold. The course was a rugged trail which included 20 water crossings which had turned to patches of slushy ice. His running pal and many others gave up, but Greer completed the race – 5 hours and 42 minutes later.

Greer went on to complete 37 marathons with a with a personal best of 3 hours and 35 minutes at age 41. He completed seven more marathons in triathlons. His 400 finishes include seven IRONMAN races including two at Kona.

When a friend coaxed him to try triathlons, he was reluctant to switch because he didn’t want to swim, Greer said, but once he committed to his first in 1984, nothing stopped him – not even the dinky pool he trained in.

Using a borrowed bike, he completed his first triathlon – an 800-yard swim, a 32-mile bike ride and a 10K run in the Guadalupe Mountains, considered one of the hardest courses in Texas.

The same determination that Greer harnessed to overcome difficulties during his first marathon and triathlon, showed up again in August 2017. During a training ride near his home in Ransom Canyon, his left hand involuntarily seized the brake, which sent him flying over the handlebars. He walked away from the accident, but an MRI showed that he’d had a stroke as a result of atrial fibrillation, which required a pacemaker. Greer not only made a successful recovery, he completed another eight triathlons to reach his 400th, the Off-the-Rock Triathlon at Lake Alan Henry last Sept. 3.

After graduating from the University of Texas, Arlington where he double-lettered in track and football with a full scholarship, he joined the U.S. Army. Greer rose to the rank of lieutenant colonel and was commanding officer of the Troop B, Cavalry Regiment in Fort Riley, Kansas. When he left active duty in 1966, he joined the reserves and became the commander of Company B, 980th Construction Engineers which built the Canyon Lakes dam and the National Ranching Heritage Center.

In the late 1960s, Greer turned his attention to business – specifically cotton. He worked as a sales rep, first for Signode, which manufactured industrial strapping for use with shipping palettes and then for Reynolds Modules Systems, which had modified hay movers used in the Midwest to create a cotton module hauler. This innovation could load cotton modules and haul them off in a matter of seconds.

This revolutionized the process of cotton bale packaging at the press, he said. For 160 years, cotton had been harvested, wrapped, strapped and transported with a tremendous amount of manual labor. Now it was automated.

Greer’s entrepreneurial spirit led him to establish his own company in 1990, Greer Industrial. He led a team of three engineers and 50 employees at a plant on Clovis Highway where they manufactured cotton-module movers. In the third year of operation, Greer Industrial took the lead in cotton-module truck sales, with sales totaling $13 million, he said.

Greer’s innate passion for fitness and exercise has evolved over time. He played football at Littlefield High School and he was the fastest runner on the football team in college, he said, running a 100-yard dash in 9.7 seconds when the world record was 9.3.

After college, he became a passionate handball player, competing throughout Texas. After 12 years of competition in the fast-paced sport and a few aches and pains, Greer thought he might like to take up something more aerobic – like distance running.

“So, I went out and ran a mile and thought, ‘why would anyone want to do this?’” He kept with it, and after going for a five-mile run he experienced his first runner’s high – and something clicked. He joined the West Texas Running Club and participated in his first road race in 1977 in Brownfield. Two years later he ran that first marathon.

He transitioned to triathlons in 1984 after feeling the long-term toll running had on his body. He chose triathlon because of its comprehensive health appeal with long-term goals in mind. “You still have the cardio, but it’s more about strengthening the whole body.”

His advice for hopeful couch-to-triathloners?

“Get a bike and for two weeks swim, bike and run three times per week for 20 minutes each. Then answer the question: Why start now? That person will not be fit in two weeks, but they will have an idea of the level of commitment it takes,” he said,

Greer trains by pushing himself in each of the three events three times per week. He attributes his success to a good dose of hard-headedness, natural athletic ability and a bit of ego overdrive.

In his 80th year Greer shows no signs of slowing down. He plans to continue his lifestyle of fitness and ageless living with more triathlon events.

Greer plans to participate in the triathlons he likes the most, hosted by his favorite race directors. These include the Milkman Triathlon in Dexter, New Mexico; the Bottomless Triathlon in Roswell, New Mexico; events in the Permian Basin  and Dallas.

Over the years, Mike and Marti have participated in more than 150 triathlons together and directed several events including the Buffalo Springs Lake IRONMAN 70.3 Triathlon and the Lubbock Mayor’s Marathon. And now they are looking forward to seeing the world class triathletes return to West Texas for the challenge of the Lubbock IRONMAN 70.3.

A Lubbock Light is sponsored by the …