We were herded into an area for the media back from the main stage with a walkway between us and some of the crowd.

It was a momentous day – the opening of the Ronald Reagan Presidential Library in Simi Valley, Calif. on Nov. 4, 1991.

I was the editor of the Thousand Oaks News Chronicle and the library – perched on a hilltop near the Simi Valley-Thousand Oaks border – was a local story for us from the time it broke ground.

The library was – and is – spectacular and worth your time if you’re ever in Southern California. My favorite part is the chunk of the Berlin Wall out the back door with a view all the way to the ocean beyond.

At the right time of the day, it’s stunning.

But this isn’t about that. 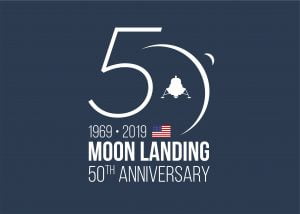 It’s about Buzz Aldrin (in photo on top) – 50 years after he became the second man to walk on the moon and my disappointment in our celebrity culture.

We were waiting in the press area for things to start.

Buzz Aldrin walks past us, in clear sight of the crowd on the other way of the walkway. He was going down to the better seats for dignitaries.

No one recognized him.

I turned to another journalist and said, “I can’t believe no one recognized him.”

I’m guessing right about now, you’re asking yourself “Who is Carl Karcher?” Or you’re Googling him.

Carl was the man behind the Carl’s Jr. fast-food restaurant chain and one of Reagan’s “Kitchen Cabinet” members when Reagan was governor of California.

He also did Carl’s Jr. commercials and few people in California did not know him.

But more well known than the second man to walk on the moon?

The crowd further back rose and to use a cliché, there was a buzz in the air.

Then he strutted by.

People shouted his name and cheered.

Yes, he was a massive movie star and an example of how America is the Land of Opportunity.

But bigger than the second man to walk on the moon?

I’m constantly stunned by the lack of history and civics knowledge too many Americans show during person-on-the-street interviews.

Lately, and more dangerous, I see it when people say someone with different views should not be allowed to say certain things.

Ever heard of the Bill and Rights? If not, check No. 1. 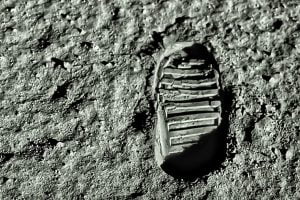 I was mesmerized by the moon landing. I was 15 and grew up with the Mercury and Gemini programs.

Somewhere in a box I still have magazines about the moon landing.

I love the movies “The Right Stuff,” “First Man,” and recent documentaries about Apollo 11 and going to the moon.

Thanks to all our astronauts who put their lives on the line in the name of exploration.

And a special thanks to three men with strong Lubbock ties – the late Willie McCool and Rick Husband who died in the 2003 Columbia tragedy – and Al Sacco, dean of Texas Tech’s Edward E. Whitacre Jr. College of Engineering, who flew on Columbia during a 1995 mission as a payload specialist.

As you probably know, McCool went to Coronado High School and Husband – from Amarillo – went to Texas Tech. Willie’s parents Barry and Audrey are Lubbock residents and I got to know them when I wrote a six-part series in 2013 in the newspaper on what happened to Willie’s family in the decade following the tragedy.

There’s a great line in “The Right Stuff” after legendary test pilot Chuck Yeager is walking away from a crash in California’s High Desert.

As two men are driving out to the crash site, one asks:

Ridley, the character played by Levon Helm (who – trivia! – was also the drummer for The Band) responds with:

The movie makes it clear the heroes portrayed were not perfect men.

But they did have the right stuff to win the space race.

The movie also makes it clear Yeager – who was not chosen for the Mercury program because he didn’t go to college – may have been the best of all of them.

At a time there are a lot of people talking about whether or not our country is great, it’s rewarding to look back at the moon landing 50 years later.

We were a great country.

People continue to come here for the promise Arnold sought.

They continue to come here for the freedom those behind that chunk of Berlin Wall didn’t have.

We are not a perfect country.

You’re damn right we are.