This week’s recommended attractions include two recording acts – Gary P. Nunn and Jackopierce – who began finding success decades ago. Nunn is by far more the Texas legend, but there’s something to be said for a duo whose fans never wanted them to stop performing.

Gifted filmmakers associated with KTTZ have created another serious, controversial documentary which will be screened Friday at LHUCA after making a film festival tour.

The Blue Light will devote two nights this weekend to moving the music outdoors, and celebrating its 20-year-anniversary with a street party.

And yes, the Texas Tech football team, led by new Coach Matt Wells, will start playing games for real. But if a 3 p.m. start and possible temperatures in the 90s cause some fans to pause, consider this game also will be shown on a large screen in an air-conditioned theater at the Alamo Drafthouse Cinema. Oh, and it’s free.

Blue Light Live, 1806 Buddy Holly Ave, arguably is one of the better known and more respected of Lubbock’s late-night nightspots. At the very least, the Blue Light is home to annual songwriter contests, has introduced individual artists and musical ensembles who have become well known throughout the state and beyond. The nightclub has deservedly been featured in Texas music periodicals.

As Blue Light Live passes its 20th birthday, co-owner Dustin Six and the remainder of the staff will celebrate with two nights of outdoor excitement during the Labor Day Weekend.

Gates will open at 6:30 p.m. Saturday and again on Sunday for outdoor shows. The large stage is constructed within an enclosed area at 18th Street and Buddy Holly Avenue, with the stage facing south.

Music continues to 1:30 a.m. each night. Advance tickets now can be purchased online at thebluelightlive.com.

General admission tickets for fans age 21 and older on Saturday and Sunday are $20 in advance and $25 at the gate.

General admission tickets for fans between ages 18 and 20 on Saturday and Sunday are $25 in advance and $30 at the gate.

The headliner and closing act on Saturday is Wade Bowen, who will be preceded on stage by Grady Spencer and The Work at 8 p.m. and then Dalton Domino.

“We are celebrating 20 years of the Blue Light Live. We want to thank all of the fans, artists, employees and everyone else who helped make this possible. Here’s to another 20,” said Six. 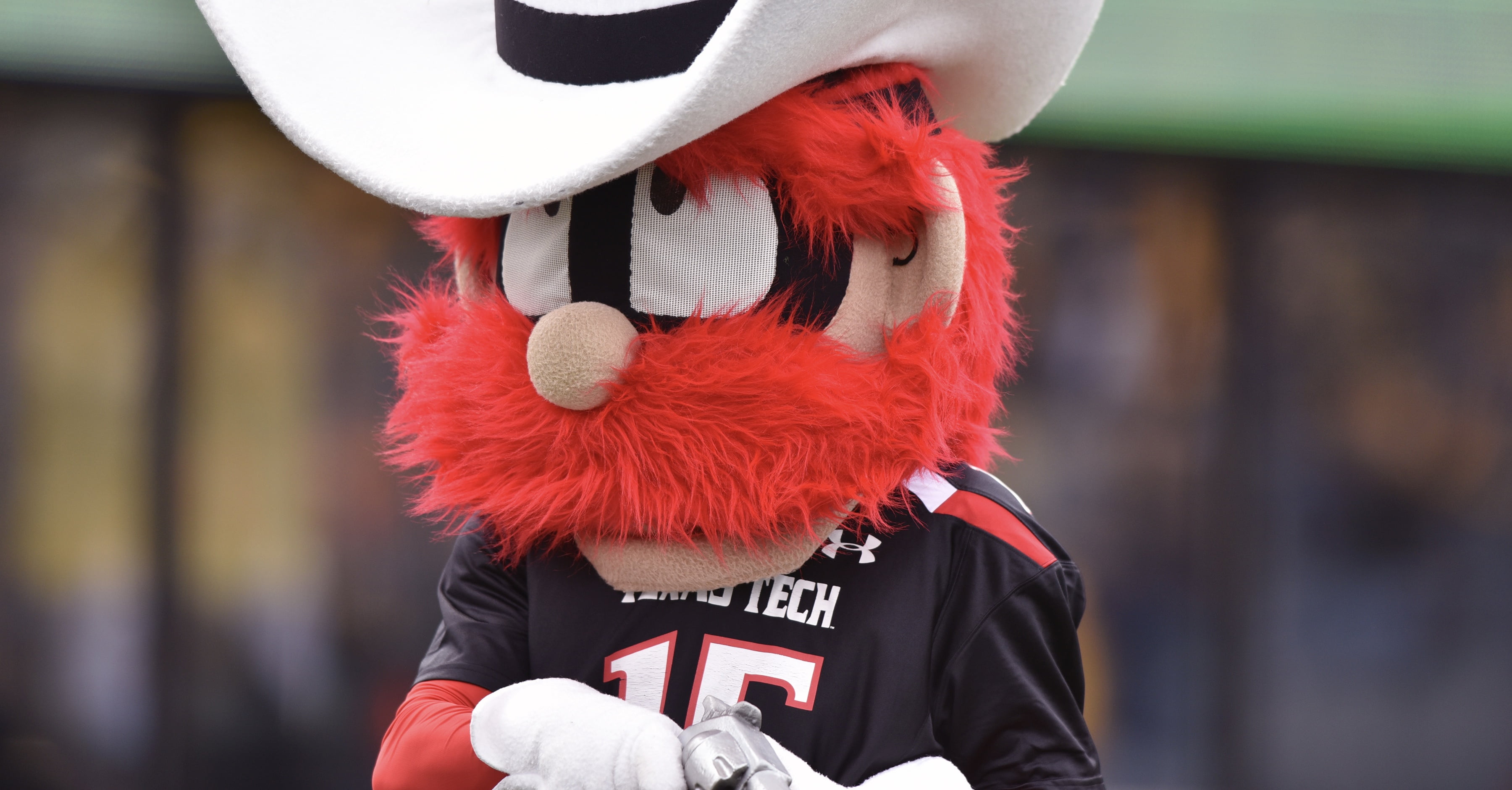 West Texas long has been termed football country and, while some eagerly await the hometown Red Raiders competing against more auspicious schools as non-conference opponents, the longing for any football at all makes the arrival of Tech’s new season a Best Bet.

Saturday’s home opener against Montana State University will kick off at 3 p.m. at Jones AT&T Stadium.

Recently, all Texas Tech football games, home and away, were simulcast on a big screen in auditoriums at both Premiere Cinemas at South Plains Mall, and at the Alamo Drafthouse Cinema, 120 W. Loop 2809.

But Premiere Cinemas manager Rudy Leal indicated his theater complex has no plans to simulcast this year’s Tech football games.

Meanwhile, publicity on the Alamo app states, “We will feature … Tech football action on our movie screens this fall with state-of-the-art video projection and crisp sound, so you never have to miss out on the action. With the exception of being there live, the Alamo Drafthouse Cinema is the best seat for any serious Red Raider fan. All eyes in the auditorium are focused on the movie screen, where action on the field is larger than life.

“Plus, you can order anything from our full menu and have it brought to your seat. You don’t have to miss one moment of the game.”

Times for only four Tech games thus far have been announced, so the Alamo has confirmed simulcasts for:

Tech’s other roads games are at Oklahoma, Baylor, Kansas and West Virginia.

There’s no charge to watch each game on a screen at the Alamo. However, fans can reserve their seats in advance by purchasing a $5 food/beverage voucher at the Alamo website, or simply by stopping by the theater to request your ticket before game day. Early requests are advised.

Note: Children age 6 and younger are allowed only with a supervisory adult at the Alamo Drafthouse. No children younger than 6 are allowed.

Still, a bit of Texas Tech football history/trivia provides exciting reasons to cheer on the Red Raiders in person at the stadium rather than at the movies.

Consider that in season openers (not all at home):

Brownfield native and Texas music legend Gary P. Nunn is including Lubbock as a stop on his current Retirement Tour at 7:30 p.m. Thursday, Sept. 5, at the Cactus Theater, 1812 Buddy Holly Ave. Doors open at 7 p.m.

Reserved seats are $40 on the first four rows (A-D), and $35 for the remainder of the lower floor. Tickets are $30 for traditional balcony seats, and $70 for balcony box seats. (Box seats include free concessions.)

All sales are final. The Cactus Theater does not permit exchanges, refunds or credit for future shows in exchange for unused tickets.The theater’s box office is staffed from 3-5 p.m. Monday through Thursday and 3-9:30 p.m. Friday and Saturday (when there’s a show that night). It is not staffed on Mondays with a major holiday.

Gary P. Nunn was born on Dec. 4, 1945 in Okmulgee, Okla. and moved to Brownfield as a sixth grader. Nunn began his music career in the seventh grade in a garage band in Brownfield, where he was an honor student and all-around athlete.

He later attended Texas Tech and South Plains College, while also playing in Levelland rock band The Sparkles in the 1960s. In addition, he joined former Cricket J.I. Allison in The Shucks and he played with Don Caldwell in The Night Spots.

“I always had fun in Lubbock, and I always enjoy going back there,” Nunn said,

In 1968, he transferred to the University of Texas in Austin to become a pharmacy major. But Nunn was in Austin at the beginning of the “cosmic cowboy” movement. He played with Rusty Wier in one of Austin’s favorite bands, The Lavender Hill Express.

Immersed again in the music scene, he played bass for Michael Martin Murphey, Jerry Jeff Walker and Willie Nelson. From there, he became a member of the Lost Gonzo Band that backed Murphey and Walker both on stage and in the studio.

He established the Terlingua North Chili Cook-Off, where Pat Green and Cross Canadian Ragweed performed early in their careers.

Nunn’s songs since have been recorded by dozens of artists, including Walker, Murphey, Tracy Nelson, David Allan Coe, Rosanne Cash and Willie Nelson. He continues to please an army of fans with new music.

His composition “London Homesick Blues,” the theme for “Austin City Limits,” has continued to find new fans for three decades.

A part of me is somewhat surprised that 70-minute documentary “Minor Injustice” – and what a great title – is not being debuted in September at Lubbock’s Flatland Film Festival. On the other hand, award-winning co-directors Jonathan Seaborn and Emily de Santos have been touring “Minor Injustice” at Texas film festivals since at least springtime.

“Minor Injustice,” a 70-minute documentary examining youth within the adult criminal justice system in the state of Texas, will be screened at 7 p.m. Friday at the Firehouse Theatre at LHUCA, 511 Ave. K.

Depending on which source you use, Texas is now one of only three, or four, states that still charge 17-year-olds as adults.

“During the 2017 legislative session, there were two bills introduced that addressed this issue. One to raise the age of adult prosecution from 17 to 18. And the other would allow people currently in prison for a crime committed before the age of 18 a chance at early parole,” Seaborn told the Victoria Film Festival earlier this year,

“Right now. Texas sentencing laws ignore recent scientific evidence on adolescent development and neuroscience, and the state’s current parole system provides no viable mechanism for reviewing a case after a young person has grown up and matured,” he said.

The filmmakers added that because “Minor Injustice” is such a Texas issue, “We wanted to play at as many Texas festivals as possible.”

Because this subject is an active conversation happening in the Texas legislature, de Santos and Seaborn are hoping their film will add to the discourse and help educate people about this justice-or-injustice issue.

They added, “We spent about two years following these bills as they went and fell through the Legislature and well as some activists, some lawyers, some victims of crimes and some people directly impacted by these crimes to help put this story together.”

Now there is a familiar name from the past.

The band was incredibly popular more than 20 years ago and now its 30th anniversary with a concert at 7:30 p.m. Sunday at the Cactus Theater, 1812 Buddy Holly Ave.

The band began as a duo: Jack O’Neill and Cary Pierce. The “Jack O” and “Pierce” prompted the name for these Dallas-based SMU students playing alternative rock music. Their style focused on harmonies and acoustic guitars.

All sales are final. The Cactus Theater does not permit exchanges, refunds or credit for future shows in exchange for unused tickets.The theater’s box office is staffed from 3-5 p.m. Monday through Thursday and 3-9:30 p.m. Friday and Saturday (when there’s a show that night). It is not staffed on Mondays with a major holiday. Call the Cactus at 762-3233 for more information.

Both O’Neill and Pierce were theater majors when their music began being accepted.

They were among those surprised when the next decade found them recording albums and touring worldwide extensively. Over the years, they shared the stage with The Dave Mathews Band, Counting Crows, The Wallflowers, Sheryl Crow, Jewel, Alanis Morissette and Semisonic.

They ended their decade-long association in 1997 with a sold-out farewell tour, and the release of a retrospective double album called “Decade.” Their last “farewell tour” show together was on Dec. 31, 1997.

But after a five-year breakup, the duo reunited in 2002 and Jackopierce has attracted large turnouts since then.