Entering November, Lubbock continues to offer exciting and fun choices.
Theater fans are being offered a new musical comedy, while a challenging drama and scary story continue this weekend at Texas Tech’s Maedgen Theatre and the CATS Playhouse, respectively. Plus, there are Day of the Dead-inspired exhibits and concerts at several Lubbock venues.

Meanwhile, here’s hoping fans did not wait too long to purchase tickets to see Lorrie Morgan on stage Saturday at the Cactus Theater, 1812 Buddy Holly Ave. That show is sold out.

But there’s more to see and do … including loud chants of Raider Power back at the United Supermarkets Arena.

Mel Brooks’ comedic masterpiece “Young Frankenstein,” which he feels is the best movie he ever made, opened in theaters on Dec. 15, 1974.

Having finished exams at Texas Tech, I made the long drive from Lubbock to Denver for Christmas vacation with my parents in 1974.

That also was when I made a point of seeing the new Mel Brooks comedy, not really aware he was going to such extremes to parody classic Universal horror films, particularly 1931’s “Frankenstein” and the 1939 sequel “Son of Frankenstein” … with an obvious salute to 1935’s “Bride of Frankenstein.”

One could tell the Denver movie audience was curious when the picture opened in black-and-white, but it took only minutes (“That’s Fronk-en-steen”) before fans were caught up in the spirit of the project and laughing almost continuously.

The last thing I expected, though, was for Brooks to adapt this film for the Broadway stage. But after the success of his musical comedy “The Producers” at the turn of the century, he was ready to try the same experiment with another movie. So why not his best?

The official opening title on Broadway in 2007 was “The New Mel Brooks Musical: Young Frankenstein.”

It’s now being presented as “Young Frankenstein: The Mel Brooks Musical” – the familiar story of Frankenstein’s grandson and the “Monster” he and Igor created, receives its Lubbock debut this weekend.

Lubbock Community Theatre will stage musical comedy at 7:30 p.m. Friday and Saturday and at 2:30 p.m. Sunday in the Firehouse Theatre at LHUCA, 511 Ave. K.

Brooks wrote the music and lyrics, and he also co-wrote the play’s book with Thomas Meehan. The musical comedy is of course based on the 1974 film, co-written by Brooks and Gene Wilder.

Reserved seats are $25 for the general public and $20 for students with valid IDs and seniors. Tickets can be purchased in advance online at lubbockcommunitytheatre.org.

Stage direction is by Leah Tyson Houchin, with musical direction by Annie Burge. Choreography duties are shared by Molly Roberts and Sulma Benitez.

Frederick Frankenstein, grandson of the infamous Victor von Frankenstein, inherits his family’s estate in Transylvania. With the help of a hunchbacked sidekick and a pretty lab assistant, Frederick continues his grandfather’s work. He brings a corpse back to life, only to have it escape.

Yes, Irving Berlin’s “Puttin’ on the Ritz” remains a part of the story. Yes, Frederick’s frigid fiancée Elizabeth (“Please Don’t Touch Me”) finds love with the Monster. No, the musical does not include the scene from the film with the Monster and the little girl.

And the climax includes a lot of fun changes.

Songs include “He Vas My Boyfriend,” “Join the Family Business,” “Welcome to Transylvania,” “Deep Love,” “Listen to Your Heart,” “Please Send Me Someone” and “Transylvania Mania.” 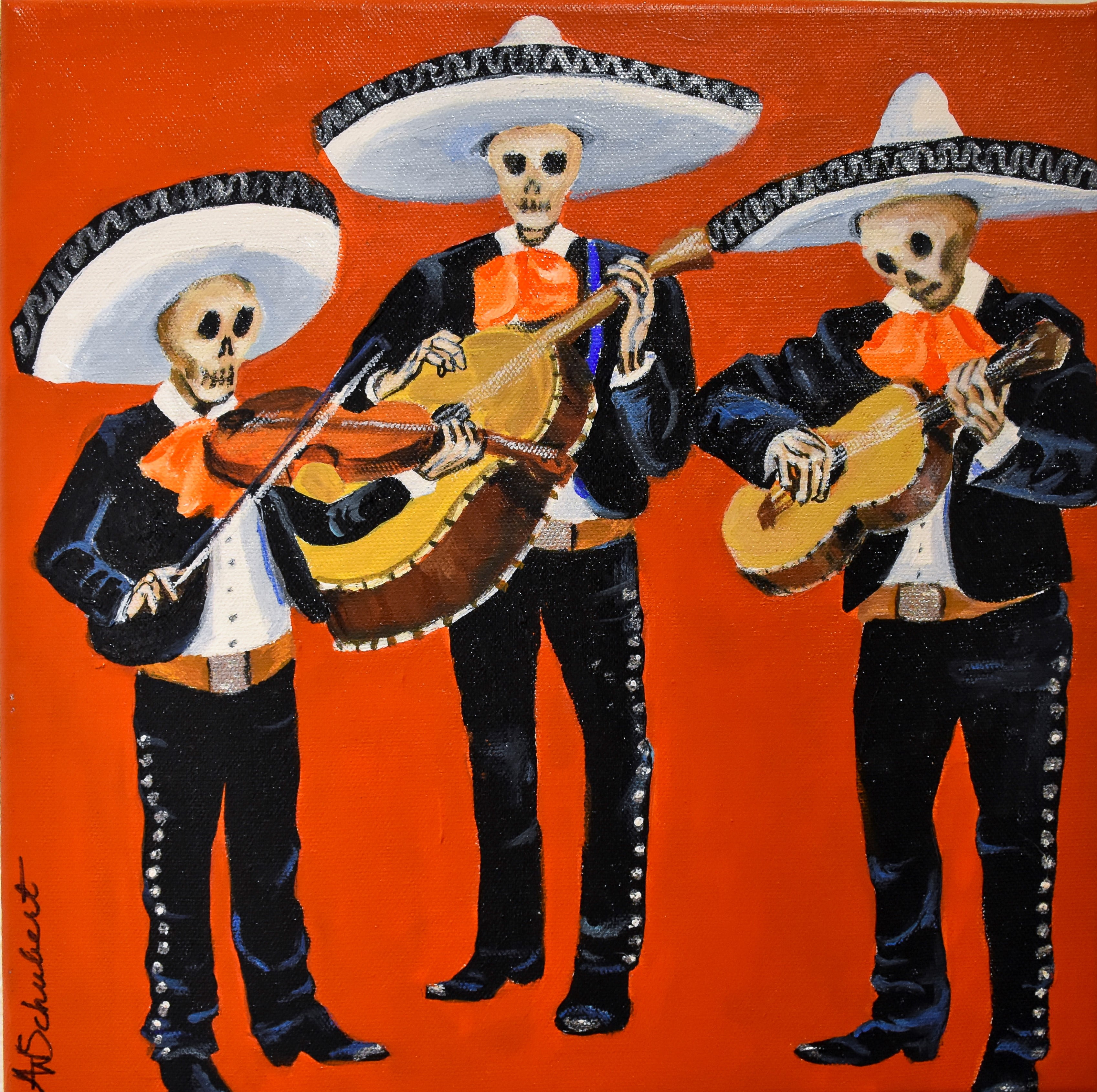 Art works representing the Mexican holiday Day of the Dead can be viewed from 5:30-9:30 p.m. Friday at five locations during the city’s annual Day of the Dead Procession. Also offered are mariachi music, dance, crafts, food and family-friendly cultural activities.

Call 742-3667 for more details about the procession sites.

The museum offers a collaborative ofrenda; visitors can bring family photos and objects owned by family members who have died, to help celebrate their lives. There are thematic arts and crafts, such as decorating Dia de los Muertos canvas bags, and more.

Sugar skull craft activities for all ages can be found in the Interactive Space at the Buddy Holly Center. Mariachi Mexico Lindo performs traditional mariachi music in the Meadows Courtyard from 7:15-9:15 p.m., and the “Celebracion” exhibit, featuring works by local, regional and national artists, continues in the Fine Arts Gallery. 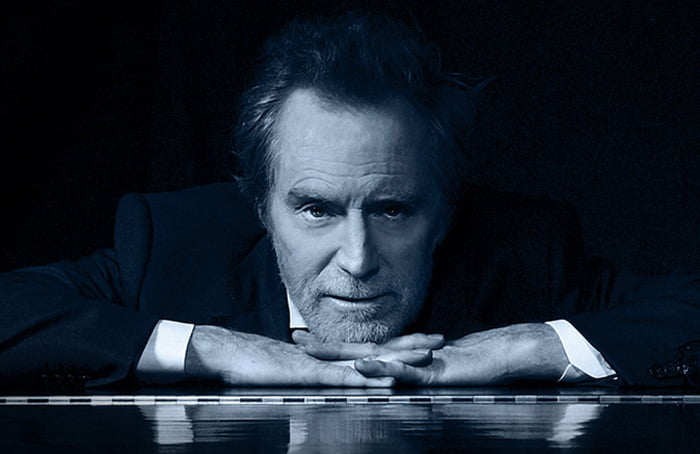 Although born in Detroit, John David (JD) Souther was raised in Amarillo.

A member of the Songwriters Hall of Fame, Souther has more recently been applauded by a music historian with JazzTimes, who wrote, “His work holds up as well as Dylan’s or Simon’s or Lennon and McCartney’s. (It) deserves such astute re-examination.”

Interview Magazine calls Souther “one of the most celebrated songwriters of his generation.”

Cactus Theater owner Darryl Holland said he could not be more excited to bring to Lubbock “the person who had a part in writing so many songs by Linda Ronstadt and The Eagles.”

Reserved seats are $40 for the first four rows (A-D), and $35 for the remainder of floor seating. Standard balcony seating is $25, while limited Balcony Box seats are $70. Reserved seats in the special Balcony Box also include free concessions, provided a ticket is shown before ordering.

Tickets can be purchased in advance online at https://www.eventbrite.com/e/jd-souther-tickets-69314360117 .

Souther co-wrote some of the Eagles’ biggest hits: “Heartache Tonight,” “Best of My Love,” “Victim of Love” and “New Kid in Town.”

“How Long” was written by Souther for his own first solo album, but was also recorded by the Eagles.

He briefly dated Linda Ronstadt, co-produced her “Don’t Cry Now” album – and songs he wrote for her include “Faithless Love” and “White Rhythm and Blues.” His duets with Ronstandt include “Hasten Down the Wind,” “Prisoner in Disguise and “Hearts Against the Wind.”

Souther collaborated with James Taylor on “Her Town Too.”

In addition to penning hits for the Eagles, Ronstadt and Taylor, Souther also wrote or co-wrote songs recorded by Roy Orbison, Don Henley, George Strait, Trisha Yearwood and Brooks and Dunn. He also established a cult following as a performer with the Souther-Hillman-Furay Band, and as a solo artist.

More than 1,000 people have been known to visit the participating venues spotlighting original works by local and regional artists. Many take advantage of the five Art Trail Trolleys helping provide transportation to a limited number of venues.

The rising attendance would seem to be a definite positive; however, LHUCA chairman Lindsey Maestri also has expressed worries about the need for more parking space near the venues during art trail.

For a listing of artists exhibiting at each site, visit online www.ffat.org .

First things first: There are six departure sites and only five trolleys.

Maestri informed Lubbock Lights that CitiBus will have trolleys at five sites at 6:15 p.m., but Art Trail officials do not know which five sites have been picked. However, Maestri said that a trolley will begin picking up passengers at the (unknown) sixth site no later than 6:25 p.m.

Also: Observant art lovers may have noticed the Legacy Event Center is an Art Trail trolley departure site – despite the Legacy not being a participating venue at Friday’s First Friday Art Trail.

Maestri again explained, “When we went to a fixed schedule, we knew there would be a couple months that venues would be trolley stops and not on (the trail). But the idea is that there are walkable venues in the area – Platform and Urban Tech for the Legacy stop – so even if they are not open, others in the area are. Plus, there is plenty of parking at the Legacy – something that is a growing headache at LHUCA/CASP – so our hope is that people will realize this, park at Legacy (whether it is open or not) and catch the trolley to other venues with more restrictive parking and that are open.”

Texas Tech’s football squad has hit a rough patch, but the Red Raiders continue to chase bowl eligibility. But the team has a bye this Saturday and Jones AT&T Stadium will be quiet.

That said, look for United Supermarkets Arena to be packed, and loud, when the Tech men’s basketball squad, coached by Chris Beard – a team that ended last season seconds shy of a national championship – kicks off its 2019-2020 season at 7 p.m. Tuesday, Nov. 5 against the Eastern Illinois Panthers.

The visitors from the Ohio Valley Conference are coached by Jay Spoonhour.

And yes, Beard’s team, even with some new faces, is ranked 13th in the nation.

For details, click on a terrific Sports Illustrated story at https://www.si.com/college/2019/10/31/chris-beard-texas-tech-basketball .