Latest News
Lubbock’s tax on free speech: ‘We paid police $1,625 for security for that march; why pay if they were watching us anyway?’Planned Parenthood targeted pro-life protestors with watch list given to Lubbock Police Department before March for LifeOne immigrant’s pilgrimage to citizenship and American conservatismMoving LP&L to ERCOT grid was right choice for LubbockWhere and when are the places to avoid a traffic accident? Probably ones it’s hard to avoid

Even while seeking variety within each weekend’s Best Bets, boundaries are stretched this weekend. When it comes to entertainment, it is difficult to argue with the national attention paid to the NCAA Regional Baseball Tournament in Lubbock; the tourney will be hosted for at least three days at the Texas Tech Red Raiders’ Dan Law Field. More traditional artistic Best Bets include a non-profit concert Saturday by gifted West Texas musicians, intended to help West Texas veterans feel honored as they are escorted to monuments in Washington, D.C.  Also, a rare art show focusing on Western art and gear. A Christian variety show is on tap at LCU and the person responsible for many iconic photographs of rock ’n’ roll performers will make an appearance at the Buddy Holly Center. Something for everyone.

Texas Tech – ranked eighth nationally – is one of 16 regional hosts for the NCAA Baseball Tournament.

Games take place Friday through Sunday. If necessary, the tournament can be extended through Monday.

Which is not to intimate fans can rise and rush to purchase tickets the traditional way.  Baseball, in what was once considered strictly football country, again has taken Lubbock by storm and tickets for this weekend’s regional tourney have been sold out for days.

The tournament opens with Texas Tech hosting the Army West Point Black Knights at 3 p.m. Friday on the Tech campus. The two other participants, the Florida Gators and Dallas Baptist University Patriots, will play in Friday’s second game at 7 p.m.

Game One Loser vs. Game Two Loser takes place at noon Saturday – with first pitch for Game One Winner vs. Game Two winner at 6 p.m. Saturday. The tournament continues Sunday but, if necessary, a final game can be played Monday.

Friday marks only Tech’s second game in its history vs. Patriot League champion Army, having beaten the Black Knights 16-2 in 2008.

The Red Raiders are 2-1 vs. Florida in College World Series play, with the Gators having won an elimination game against Tech last season. Florida is one of 10 Southeast Conference foes participating in the NCAA Tournament this year.

Meanwhile, Tech leads its overall series 16-11 against Dallas Baptist, which this year has a 41-18 overall season record. but lost the Missouri Valley League championship game.

Tech joins the University of Florida and University of Louisville as the only three programs to earn a national seed three times in the last four years.

The 2019 NCAA Regional Tournament in Lubbock will be nationally televised all weekend on ESPN 3.  It also will air on the Texas Tech Sports Network at radio station 97.3 FM, on the Double T 97.3 app, and online at TexasTech.com.

As a near-lifelong baseball fan, I have followed Texas Tech baseball rather religiously since my inauspicious introduction to Lubbock and Tech in the fall of 1970.  Kal Segrist had been head coach at Tech since 1968. Coaches who followed were: 1984, Gary Ashby; 1987, Larry Hays, 2009, Dan Spencer and Tadlock in 2013.

Red Raider baseball is on the rise – a far cry from the inaugural year when Texas Tech’s first baseball team was founded as the Matadors during the university’s first academic year in 1925-26.

But from 1930 through 1953, Texas Tech did not field an intercollegiate baseball team.

Texas Tech coaches, during what has been termed the school’s Revival Era, include: 1954, Beattie Feathers; and 1961, Berl Huffman; followed by Segrist in 1968.

Tech joined the Southwest Conference in 1968, but only seven of its 26 SWC seasons concluded with winning overall records. There were only three winning records in conference competition. 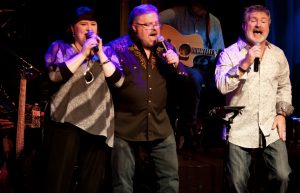 Producer Betty Smith had been gathering gifted area performers for years, spotlighting them under the moniker Sounds of West Texas, usually at the Lubbock Memorial Civic Center Theatre.

Her decision to more recently partner with Cactus Theater owner Darryl Holland appears to have resulted in a more easily found, or at least more easily appreciated, central location.

This weekend’s Sounds of West Texas concert kicks off at 7 p.m. Saturday at the Cactus Theater, 1812 Buddy Holly Ave.  Door prizes also are given away. Reserved seats on the floor, along with standard balcony seating is $20. Limited balcony box seating, including concessions, is $40.

Saturday’s concert is a fundraiser for South Plains Honor Flight.

“Last year was the first that Betty and I decided to donate ticket proceeds to the South Plains Honor Flight,” said Holland. “We felt really good about doing that because the June show traditionally had been Betty’s annual Salute to the Military. It seemed like a perfect opportunity for us to partner with such a worthy cause, and a way for Sounds of West Texas and the Cactus to give back to our community.”

Visit texassouthplainshonorflight.org for answers to other questions.

Consider this a reminder that, despite Lubbock’s growth, multiple events fare well in advance.

Twenty-eight artists and gear makers created 72 pieces of Western art (paintings, sculptures and jewelry) and traditional western gear (original spurs, stirrups, belt buckles and knives). Summer Stampede, sponsored by Capital Farm Credit, is a rare event where collectors not only purchase a posted price for new pieces (no bidding), but also meet artists and craftsmen whose work is on display.

Meanwhile, dinner is followed by dance music provided by Red Steagall & The Boys in the Bunkhouse.

A portion of proceeds benefits educational and restoration programs at the NHRC.

Western art is on exhibit in museum galleries throughout the year.

“Our galleries depict ranching life. You can view the art, and then walk through the historic park and see authentic ranch structures like those in the paintings,” said Scott White, Helen DeVitt Jones Endowed director of collections, exhibits and research,

Something new: A Christian variety show called “Tokens,” will be performed at 7 p.m. Thursday at McDonald Moody Auditorium on the LCU campus. Seating is general admission (first come, first seated), with all tickets $20.

Open to the general public, Tokens includes performances by Grammy-nominated musicians and vocalists, plus comedy skits.

Tim Perrin, LCU president, has seen Tokens multiple times and promises a “memorable evening.” He said he always “leaves amazed by the quality of the music and inspired by content. This is the first time it has made its way to Lubbock.”

The performance is in connection with the annual Christian Scholars Conference, this year held June 5-7 on the LCU campus.

It had been announced earlier the Fine Arts Center inside Buddy Holly Center, 1801 Crickets Ave., had been chosen as home to a one-of-a-kind collection of photographic images taken by Watt Casey Jr. of blues, country, folk, jazz and rock musicians. The exhibit – called “Showtime: Photographs of Music Legends by Watt Casey Jr. – will remain on view in Lubbock through July 21 and the opening alone is a Best Bet.

Casey will also have a gallery talk from 2-4 p.m. on Sunday at the Buddy Holly Center. A reception will follow.

Casey reportedly will discuss his book featuring photographs of musicians, published by Texas A&M Press and available nationwide at the Grammy Museums in California and Mississippi. Focus is on Texas, but also has images of Watt’s work from Eric Clapton’s 1974 U.S. tour, Steve Miller at the Red Rocks Amphitheater south of Denver and Bruce Springsteen at both Red Rocks and Memphis.