I was unable to obtain a list of the bands and musicians performing this Sunday at Cook’s Garage.

Regardless, an event called the Highway 87 Summer Bash sounds like a blast and takes place from 3-9 p.m. Sunday at Cook’s Garage, 11002 Highway 87.

Advertising promises “food, live music, drinks and games,” but lists of music providers and vendors could not be found on the show’s Facebook page.

The event is sponsored by Boots & Badges and Lees & Co.

And for more of this weekend’s Best Bets, read on.

Show founder and producer Betty Smith considers this weekend’s Sounds of West Texas concert even more special. She describes it as her “10th Anniversary Celebration Show.”

The concert takes place at 7 p.m. Saturday at the Cactus Theater, 1812 Buddy Holly Ave. Doors open at 6 p.m., with the first door prizes handed out at 6:50 p.m. Reserved seats are $20 on the floor and for standard balcony seating. Balcony box seats are $40 and include free concessions all night. (Be sure to present your box seat ticket at the concession stand before ordering.)

Asked how the concept for the show was born, Smith said, “I always had a dream of putting on a show with a wide variety of music, comedy and fun for the whole family, using the best musicians – and my dream came true 10 years ago. Sounds of West Texas started as a benefit concert for 5-year-old Torrence Spence, who had a brain tumor. Her brother was in my third grade class at the time. Her mother spoke of how they were struggling financially. Thus, Sounds of West Texas was born as a benefit to help that family.

“Everyone had so much fun that we decided to keep the concert going after that.

“I also am an entertainer. For this show, I will be singing ‘Since I Fell For You’ and ‘Crazy’ as solos, and I perform as part of a trio with Terry Westbrook and our drummer, Mike Huffman.”

Sounds of West Texas might be termed a West Texas variety show. It has held on and succeeded for a decade because, said Smith, of “the good songs, good musicians, good talent, humor and comedy, fun jingles, door prizes and things not offered on other shows. We always have a surprise somewhere.

“I am blessed to work with so many gifted area musicians and singers, and I have not even begun to use all of the people who want to be on our show. I love showcasing as many people from our area as I can. I hope to be doing this for many more years to come.”

She later moved Sounds of West Texas to the Cactus Theatre on Buddy Holly Avenue. Theater owner Darryl Holland is the master of ceremonies this weekend.

“Darryl has been an absolute joy to work with on these shows. He is supportive, helpful and does everything he can to help each show be successful,” said Smith.

Smith indicated that Dukatnik and Martin each played on her first show 10 years ago.

This weekend’s concert also includes a rare appearance by Minerva & The Pearls. 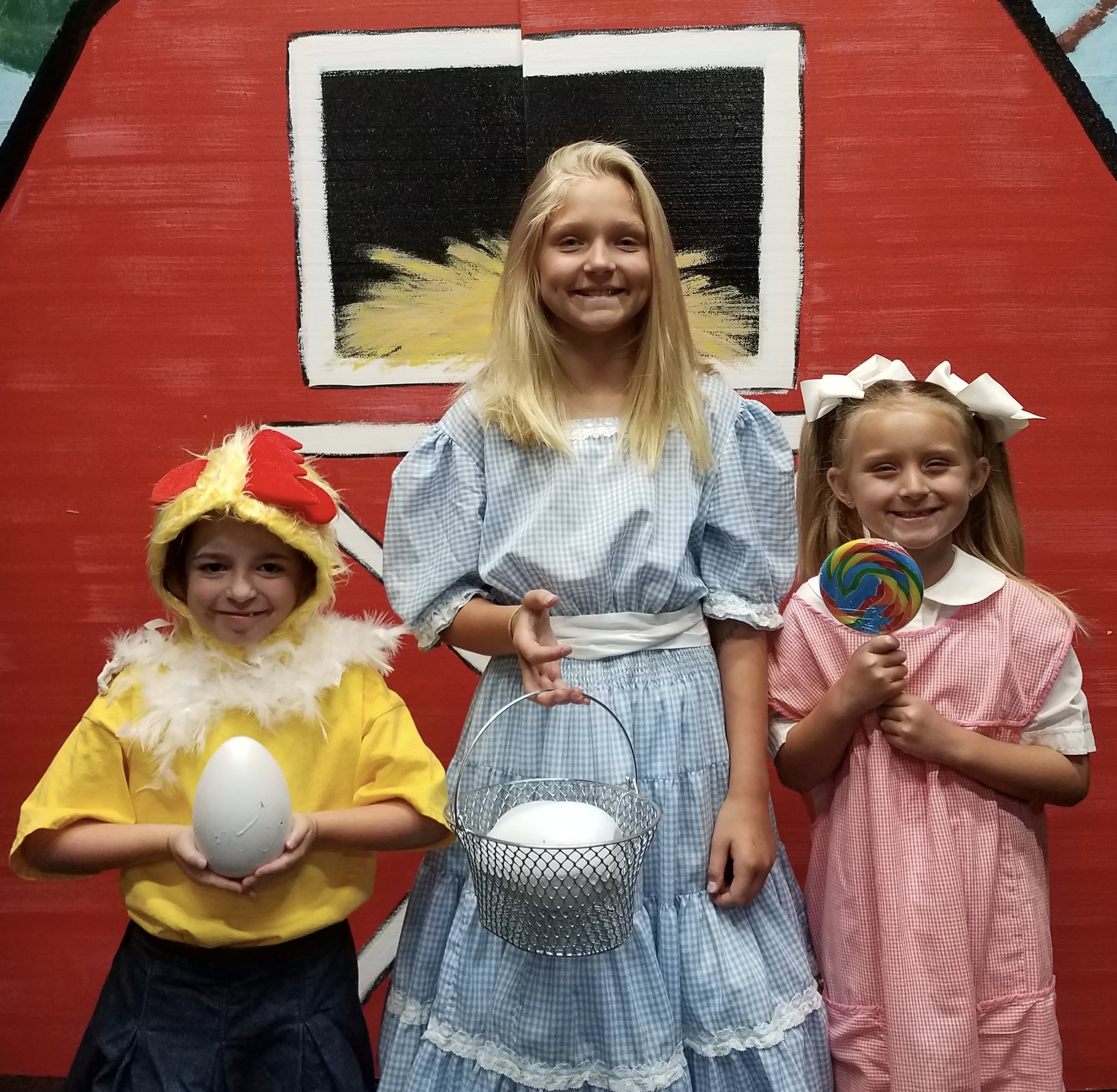 Before summer ends and younger students all return to classrooms, it appears LCT has one more play designed to keep them busy and/or entertained. And to do so, look for a half dozen of Aesop’s fables to be given a fresh, updated and interactive approach.

The production is titled “Aesop’s (Oh So Slightly) Updated Fables,” as written by Kim Esop Wylie and directed by Nicole Caddel. The six fables updated for more laughs include “The Country Maid,” “The Dog and the Bone,” “The Fox and the Grapes,” “The Lion and the Mouse,” “The Miller, His Son and the Donkey” and “The Tortoise and the Hare.”

The comedy will be staged at 7:30 p.m. Friday-Saturday and again Aug. 8-10 – with Sunday matinees at 2:30 p.m. both weekends. Performances are at the LCT Boston Avenue Playhouse, 4230 Boston Ave.

Tickets are $15 for the general public and $10 for students. Reservations can be made online at lubbockcommunitytheatre.org, or by calling 749-2416.

Aesop was a Greek fabulist and storyteller credited with a number of tales collectively known as Aesop’s Fables. However, the author’s existence remains unclear. No writings by him survive. Numerous tales credited to him were gathered across the centuries, and in many languages, a storytelling tradition that continues to this day, according to Wikipedia.

Many of Aesop’s tales are characterized by animals and inanimate objects that speak, solve problems and generally have human characteristics.

Caddel points out the fables chosen for this production are familiar – but each has a new twist.

“We all know the story of ‘The Tortoise and the Hare’ and ‘The Fox and the Grapes,’ but what if the Hare is so obsessed with exercising that the race almost does not happen? Or maybe it happens, but the Hare misses out on something much more important than winning a race?” she said.

“What if that Bunch of Grapes thinks she is so clever she can take care of herself in almost any situation? These beloved stories have characters entering and exiting at unexpected times. Even audience members may get pulled into the action. Every story is interactive,” Caddel said.

Cast and crew both are comprised of students between ages 7 and 16. The student-produced play is acted by students; there are no adult roles.

Sets, costumes, lighting and sound are planned and run by students.

Caddel called the play “family friendly,” saying audiences of all ages will enjoy watching other audience members sing, dance and/or become part of the story.

A School Supplies Drive takes place during performance dates. Donations will be distributed to area school and students. 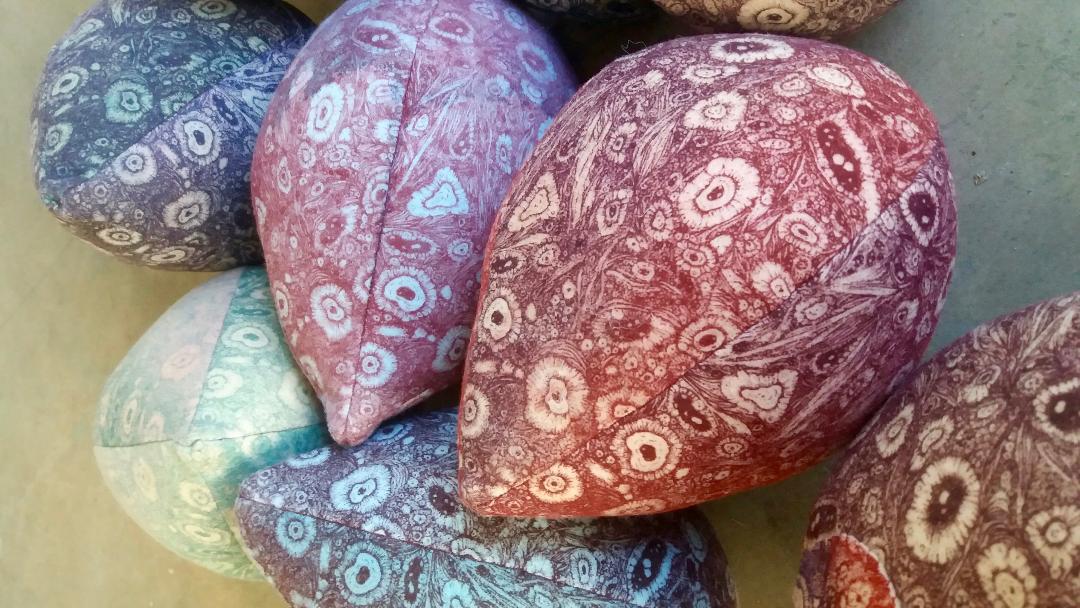 (In photo above, “Eggs with Little Pit,” a screen print on felt by artist Stephanie Berrie, will be exhibited during First Friday Art Trail from 6-9 p.m. Friday at the CASP Live/Work Studio $4.)

The 179th non-consecutive First Friday Art Trail takes place from 6-9 p.m. Friday at more than two-dozen venues inside approximately 17 locations of businesses and galleries in Lubbock.

Hundreds respond in the summer, a total that jumps to thousands once classes resume in the fall.

The easiest way to check out which artists are taking part is to visit ffat.org and click on the link of each participating venue.

Visitors do have the option of driving to each participating location and staying as long as one wants.

Another option is to board one of the free First Friday trolleys and visit several businesses and galleries over the course of three hours.

There are four trolleys and each makes stops at the same locations.

Trolleys leave at 6:15 p.m. from the Buddy Holly Center, the GlassyAlley Art Studio and Gallery, LHUCA and the Tornado Gallery.

The Buffalo Ruckus, which won the Shiner Rising Star and Texas Music Showdown competitions while releasing its self-titled album in 2014, will mix southern and psychedelic rock with Americana and roots music when it headlines on Friday at Blue Light Live, 1806 Buddy Holly Ave.

Emma and Thomas Hamilton – better known as the Hamiltons, a couple sharing Australian and French heritage – will open on Friday with a somewhat lighter set at 10 p.m.

The popular 21-and-older establishment has a $10 cover charge in effect Friday, with more details available at 762-1185. Doors open at 9 p.m.

The headliners began raising a ruckus with boot-stomping rhythms, spear-in-the-back guitar leads and howling vocals with “Spread the Ruckus” in 2013. Within a year, the band was taking festivals and music charts by storm, playing everywhere from House of Blues to Billy Bob’s Texas.

Based in Denton, the band has not been content to stay in Texas and also has begun touring throughout Georgia, New York and the Midwest.

The band continues to tour in support of sophomore album “Peace and Cornbread.”

In an interview, Lovell said the song “High in the Garden” best represents the band with its message, “Light up the dark with music.” He added the song “You Can Run” emphasizes how the band does not want to be labeled or put in a box.

“We just want to play American music to whoever will listen,” he said.

Which may have inspired photographer Melinda Green Harvey.

Her photo exhibit, called “Years of Dreaming,” is dedicated solely to the architecture of the Auditorium and Coliseum, as well as the thousands of happenings within, as both buildings were constructed in 1956 and then officially “abandoned” by the city after it was put to a vote and razed earlier this year.

“Years to Dream” will be exhibited at the 5th & J Gallery, a part of the Charles Adams Special Projects campus at the intersection of Fifth Street and Avenue J.

The photo exhibit’s reception is set for 6-9 p.m. Friday – and as a little-publicized part of the monthly First Friday Art Trail, the opening may attract extra interest.

Regardless, Harvey’s photography exhibit will remain on display through Aug. 24.

Both buildings reflected a great deal of Lubbock’s artistic, entertainment and sports history.