Photo above: The ladies of the Savannah Sipping  Society toast each other and their new “lease on life.” Characters are, from left, Ira White-Kelly as Marlafaye, Pam Brown as Dot Haigler, Beth Brown as Randa Covington and Cindy Callaham as Jinx Jenkins.

Attractions this week vary from the expected First Friday Art Trail to Lubbock Community Theatre debuting a new Southern comedy. And exciting times are in store on the Texas Tech campus, where the first of many multi-million dollar improvements can finally be celebrated.

A relatively new play compared by some to “Steel Magnolias” because of its emphasis on Southern women, “The Savannah Sipping Society” will make its debut at the Lubbock Community Theatre, 4230 Boston Ave.

The play was first performed by the Gypsy Theatre Co. at the Sylvia Beard Theatre in Buford, Ga., in February 2016.

Tickets are $20 for the general public and $15 for all students and seniors age 60 and older. Tickets can be purchased in advance online at lubbockcommunitytheatre.org.

The play is co-written by Jessie Jones, Nicholas Hope and Jamie Wooten –also known by the moniker Jones Hope Wooten.

“The Savannah Sipping Society” centers around unique Southern women who are all stuck in a rut. Drawn together by fate, along with an unplanned happy hour, the ladies decide now is the time to reclaim a passion for life that’s faded over the years.

They discover a renewed determination to live in the moment, while realizing it’s never too late to make new “old friends.”

Over the course of six months filled with laughter, hilarious misadventures and occasional liquid refreshment, we watch middle-aged women bond and find the confidence to jump start their lives. 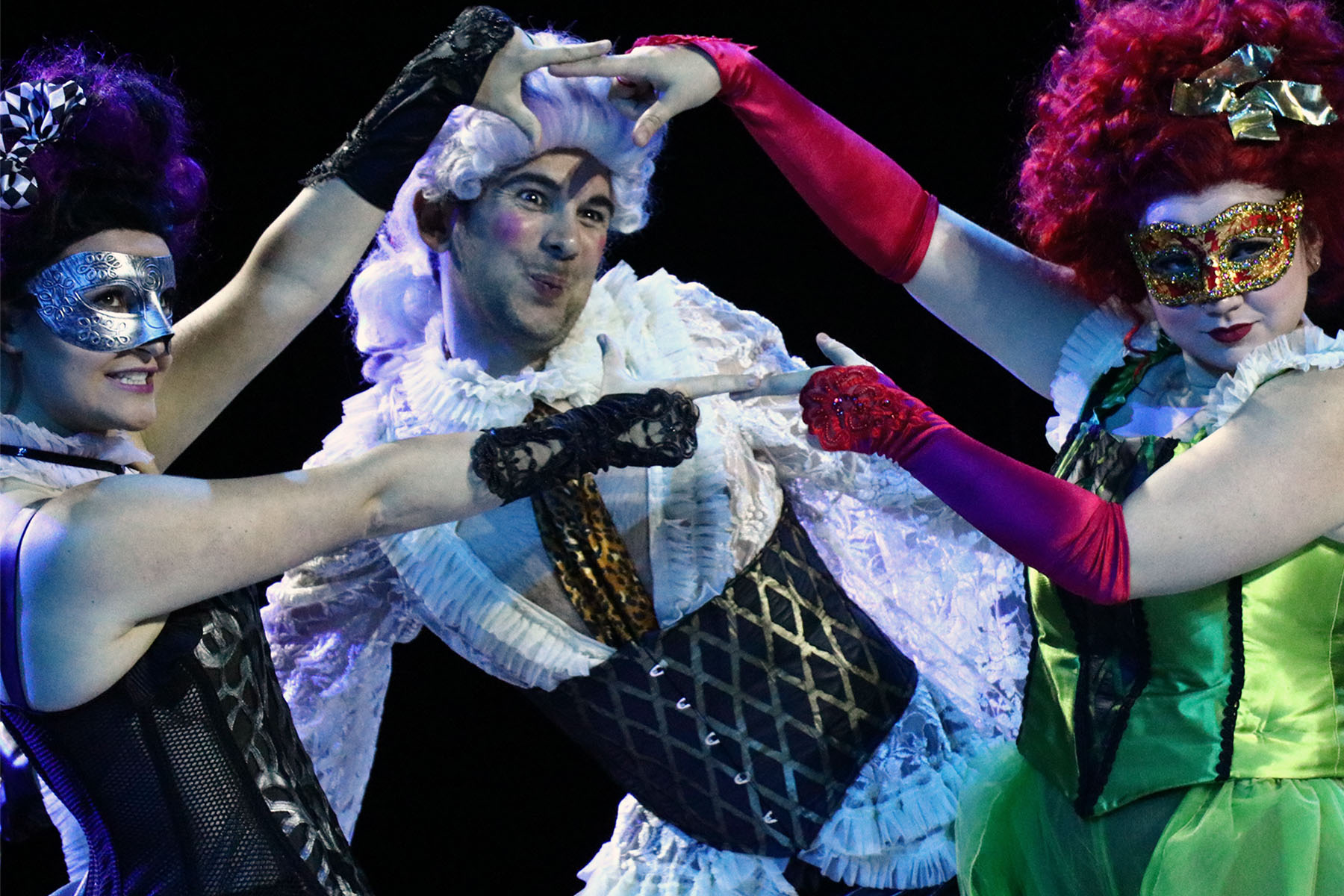 Two of the final three performances of “Doctor Love” are sold out, plenty of tickets remain available for the Sunday matinee – and, for those who love theater and dance, the Texas Tech campus is the place to be on Friday, Oct. 4, with or without play tickets.

I mentioned a couple of weeks ago that, if any Lubbock Lights readers had, even once, attended plays at the lovely Maedgen or Lab Theatres on the Texas Tech campus – or studied theater or dance there, or toured the facilities in past years – they will be thrilled to note the first improvements phase granting Tech Theatre & Dance long-needed physical space and more.

Mark Charney, dean of the Tech School of Theatre and Dance, has brought Tech to the attention of the nation and the world. He said with these physical changes, he senses many things – perhaps the most prominent being hope.

Supporters can begin sharing that hope by participating in plans Friday.

The J.T. and Margaret Talkington College of Visual and Performing Arts, along with the Tech School of Theatre and Dance, invite all to A Day of Revelry on Friday.

Parking throughout the day will be easier if vehicles are registered in advance at https://ttuparking.com/events/Events/Register/132ee531-4c8a-4fb9-b000-d0416b5bf7fe.

This day includes celebrating the legacies of both dance instructor and choreographer Diana Moore and theater professor/director Jonathan Marks and the official opening of Tech’s theater and dance complex.

Charney describes “Doctor Love,” a devised work based on a little-known script from Moliere, as “a truly collaborative adventure, which will be Marks’ final show with us. It’s a romp, for sure.”

Looking ahead: Most Tech productions will return to being staged on two consecutive weekends, allowing a growing audience more opportunities to see this season’s plays.

The coming season includes, in part, “Black Girl, Interrupted” in October, and Noel Coward’s delightful “Hay Fever” in February 2020. The season will close with Yvonne Racz-Key directing and choreographing classic Broadway hit musical “Guys and Dolls” in April and May 2020.

Performances of “Doctor Love” Sunday show  are $15 for the general public and $5 for all students with valid IDs. Tickets can be purchased in advance in person at the Maedgen Theatre box office (2812 18th St. on campus), or call 742-3603 between noon and 5:30 p.m. Monday through Saturday, or visit theatre.ttu.edu online.

Season tickets can be purchased at the same time.

Cory Norman, the school’s marketing and publicity director, described Tech’s new Black Box Theatre as a “flexible seating theater. For ‘Doctor Love,’ the capacity is 135. Throughout the season, capacity will vary, depending on the arrangement of the seating. Maximum capacity is near 200, but I doubt we ever will use it at that capacity.”

At least 18 separate galleries and businesses will take part in this month’s art trail, with information about gallery/business participants available by visiting www.ffat.org online.

With so many participating venues, some visitors prefer to use their own vehicles and plan their own routes. Others, however, take advantage of the First Friday Art Trail trolleys, all of which make stops at the same limited number of venues.

Trolleys will depart at 6:15 p.m and continue running through 9:15 p.m. Call LHUCA at 762-8606 to confirm the venues from which each trolley will depart. This information was not provided.

Each trolley will make a stop at the following six locations:

That said, Renee Zelleger (seen above) may just be the performer to beat in the Best Actress category at the Academy Awards, thanks to her applauded performance as Judy Garland in “Judy.”

Film fans have eagerly awaited “Judy,” which is rated PG-13 – and most will be surprised this film will open in Lubbock this weekend exclusively at Cinemark’s Tinseltown 17.

The biographical drama, directed by Rupert Goold, introduces Judy Garland in 1969 as she arrives in London to perform a run of sellout concerts at Talk of the Town.

The movie is an adaptation of the Tony Award-nominated West End and Broadway play called “End of the Rainbow,” by Peter Quilter. Jessie Buckley, Finn Wittrock, Rufus Sewell and Michael Gambon costar in the film in supporting roles.

Meanwhile, Stars & Stripes Drive-In owner Ryan Smith also has created a Retro Weekend by bringing back three hit movies from the 1980s and making them available only Friday through Sunday.

The three returning hits are:

“As drive-in theater enthusiasts, we celebrate the start of autumn because we can enjoy earlier show times, cooler weather and retro movies under the stars that we cannot show during the summer season. These retro ‘80s movies were selected because they are full of adventure, laughs – and many of our guests grew up watching them, but never have experienced them outdoors on a huge drive-in screen,” Smith said.

“We’re looking forward to sharing something old and something new with family and friends this weekend.”

Admission price for each double feature: $8 for general public age 12 and older, $5 for children between ages 4 and 11, with children age 3 and younger free.

Specific screening times this weekend at the Stars & Stripes Drive-In:

On Screen Three:
“The Goonies,” which costars John Matuszak as “Sloth” Fratelli, will be screened at approximately 8 p.m. It will be followed on the same screen at 10:20 p.m. by “Beetlejuice.” 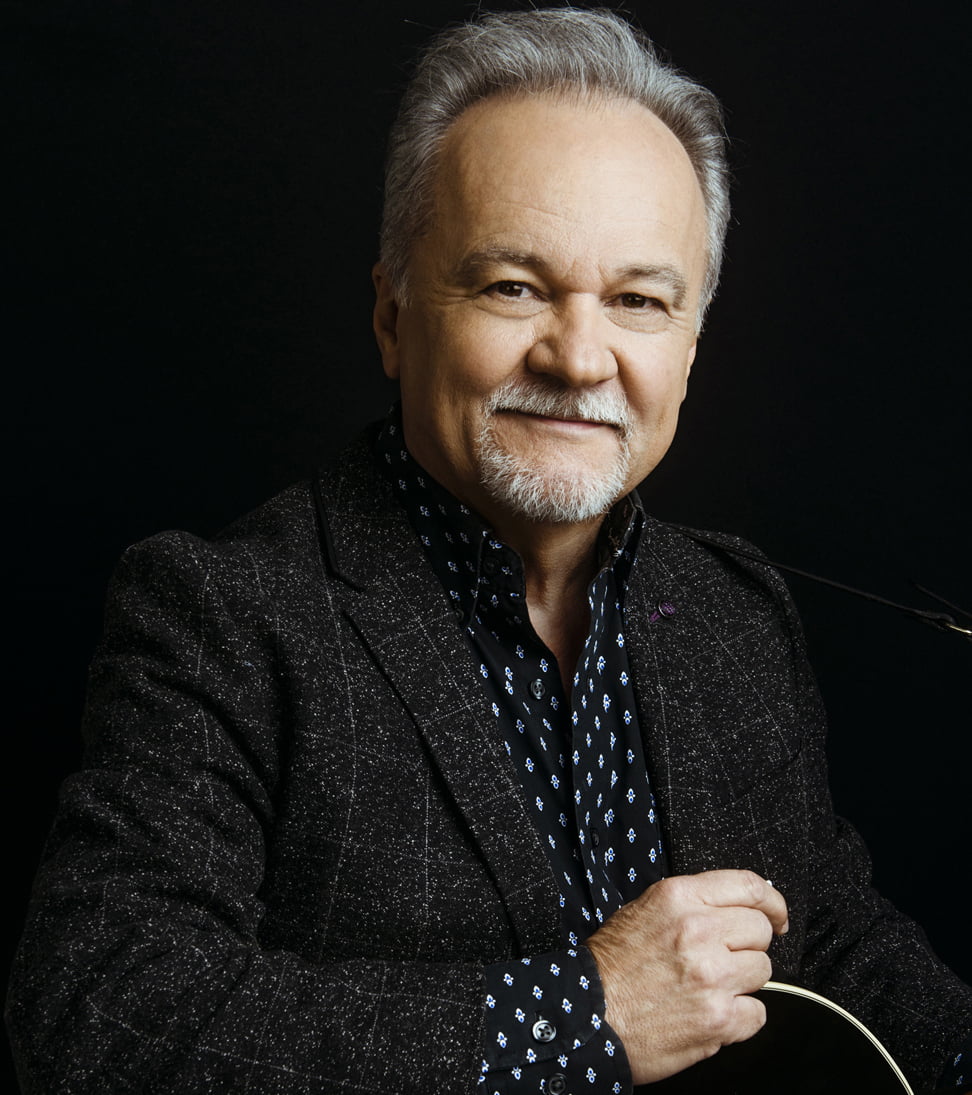 Jimmy Fortune, 64, with one of the more pleasing and recognizable voices in country music, will headline a concert at 7 p.m. Sunday at the Cactus Theater, 1812 Buddy Holly Ave.

Fortune replaced Lew DeWitt and sang with The Statler Brothers for more than 20 years.

Reserved seats are $35 for the first four rows (A-D) on the floor level and $30 for all remaining floor seats.

Tickets are $25 for standard balcony seating. Limited seating in the Balcony Box are $60 and include free concessions with a ticket stub.

Take note: Listed Cactus ticket prices are “base prices;” varied fees and tax always will be added to base prices at time of purchase. Tickets can be purchased in advance by using a link at cactustheater.com.

DeWitt, original tenor for The Statler Brothers, first heard Virginia native Fortune sing at a local ski resort. When DeWitt began suffering from Crohn’s Disease and needed a temporary replacement, he asked Fortune to audition for the band in Nashville.

Fortune began performing with the Statlers in 1982 and joined the group permanently when DeWitt was unable to return to the stage.

Fortune’s compositions that zoomed to number one when recorded by The Statler Brothers included “Elizabeth,” “Too Much on My Heart” and “My Only Love.” His “More Than a Name on a Wall” became a Top 10 hit on the country charts.

In 2002, the other members of The Statler Brothers (Don, Harold and Phil) retired. Fortune began performing as a solo artist. He also has continued to find success as a songwriter.