The Best Bets for this week extend from Friday through the following Thursday, which is Halloween.

And while I’ve decided to write more about it in the week to come, now would be a great time to start making calls and reserving tickets to see the Lubbock Community Theatre production of musical comedy “Young Frankenstein,” which opens a two-weekend run on Halloween night at LHUCA’s Firehouse Theatre.

Much, much closer at hand is the powerful, award-winning drama “Black Girl, Interrupted,” written by Texas Tech student LyaNisha Gonzalez.

The show will be repeated the following weekend.

Meanwhile, attractions this weekend range from grapes to comic books, with both family and tribute concerts also included.

For this weekend’s Best Bets, read on.

Bands known for providing Irish-styled music are many – think Horslips, The Cranberries, The Chieftains and Flogging Molly – but it’s Gaelic Storm, riding a crest of popularity, that will headline at 7:30 p.m. Wednesday at the Cactus Theater, 1812 Buddy Holly Ave.

The show is billed as An Evening with Gaelic Storm, with no openers.

Reserved seats are $35 for the first three rows (A-C) on the floor, and $25 for remaining floor seats (rows D-K). Tickets are $20 for standard balcony seating.

Reserved seats in the special balcony box, which includes free concessions, are sold out.

Tickets can be purchased in advance online at  https://www.eventbrite.com/e/an-evening-with-gaelic-storm-tickets-61474998375.

This Celtic band’s origins can be traced to 1996, when Patrick Murphy and Steve Wehmeyer joined with Steve Twigger, drummer Shep Lonsdale and uillenan piper Brian Walsh for a performance at O’Brien’s Irish Pub and Restaurant in Santa Monica, Calif.

In 1997, the band’s big break arrived when it was hired to appear as the steerage band in the James Cameron movie “Titanic.” They played the jig “Blarney Pilgrim,” John Ryan’s “Polka,” “Kesh Jig” and a reel called “Drowsy Maggie.”

Work on “Titanic” catapulted the band into the touring scene, where performances were met with critical praise.

“Blarney Pilgrim” and “Drowsy Maggie,” billed as both a “Titanic Medley” and “An Irish Party in Third Class,” proved to be popular on Gaelic Storm’s second album, “Herding Cats.”

Each album has included contributions from varied guest musicians on specific songs.

“What’s the Rumpus” was the band’s first release to emerge at the top of the chart.

Gaelic Storm continues to perform more than 125 days each year in the United States, Canada, the United Kingdom, France and Japan.

Over its history, the band has changed fiddle players several times and its drummer once. But Highland, uilleann and deger (electric) bagpipes have expanded its instrumentation.

In January 2006, the band recorded “Gaelic Storm Live in Chicago” at that city’s House of Blues.

The band’s diverse fan base has been described as ranging “from bluegrass fans and country cowboys to Deadheads, rock ’n’ rollers and Celtic fanatics.”

Rooted in songs written by Murphy and Twigger, the band may play drinking songs (such as “Another Stupid Drinking Song”), energetic instrumentals (“The Narshaling Cheesehead”) and rootsy pop-rockers (“Whiskeyed Up and Womaned Out”) – bound together with the spirit coming with performing for 30 years on the road.

“We are a touring band,” said Ryan Lacey. “That’s how this band works.”

Gaelic Storm has topped Billboard’s World Chart five times, and appeared at such mainstream music festivals as Summerfest, Telluride and the Rock Boat Cruise. It has headlined the world’s largest Irish Festivals and is considered a genre-bending band whose songs mix Celtic traditions with something new and unexpected.

True, Kimberly Sparr has been booked to perform Brahms’ Viola Sonata with the Lubbock Symphony Orchestra but – calm down – she and her viola are not scheduled to appear until Nov. 8-9. You have plenty of time to purchase tickets to hear her.

Rather, the next appearance by the full Lubbock orchestra, led by resident conductor David Cho, is planned for 6:15 p.m. Monday at the Lubbock Memorial Civic Center Theatre, 1501 Max Davis Lane.

Well, specifically, activities begin at 6:15 p.m., and the evening’s 45-minute concert will commence at 7 p.m.

Call the orchestra during business hours at 762-1688 for full details.

This concert, planned each year during Halloween week, is called “Maestro Mash.”

It’s designed to entertain families and individuals at no charge. Children, as well as the young at heart, are not required – but definitely are encouraged – to wear costumes to this free event.

Early activities include a “petting zoo,” a make-an-instrument workshop, along with a conducting lesson.

Keep in mind that trick-or-treating will take place after the concert, which itself is described as “family oriented, fun and interactive.”

Magician Irving Quant will perform on stage during the concert.

“He will be performing magic tricks in sync with music played by the orchestra. He also will ask for volunteers from the audience for a few of his tricks,” said Amie Dean, LSO marketing and communications director.

Dean initially described the program as “motion picture and television themes,” but it has expanded beyond that.

Following the concert, children present may proceed to the lobby, where they can trick-or-treat and receive candy from LSO employees and volunteers, as well as from the orchestra’s 2019 “candy sponsors:” Betenbough Homes, Covenant Health, Lubbock Avalanche-Journal and United Supermarkets. 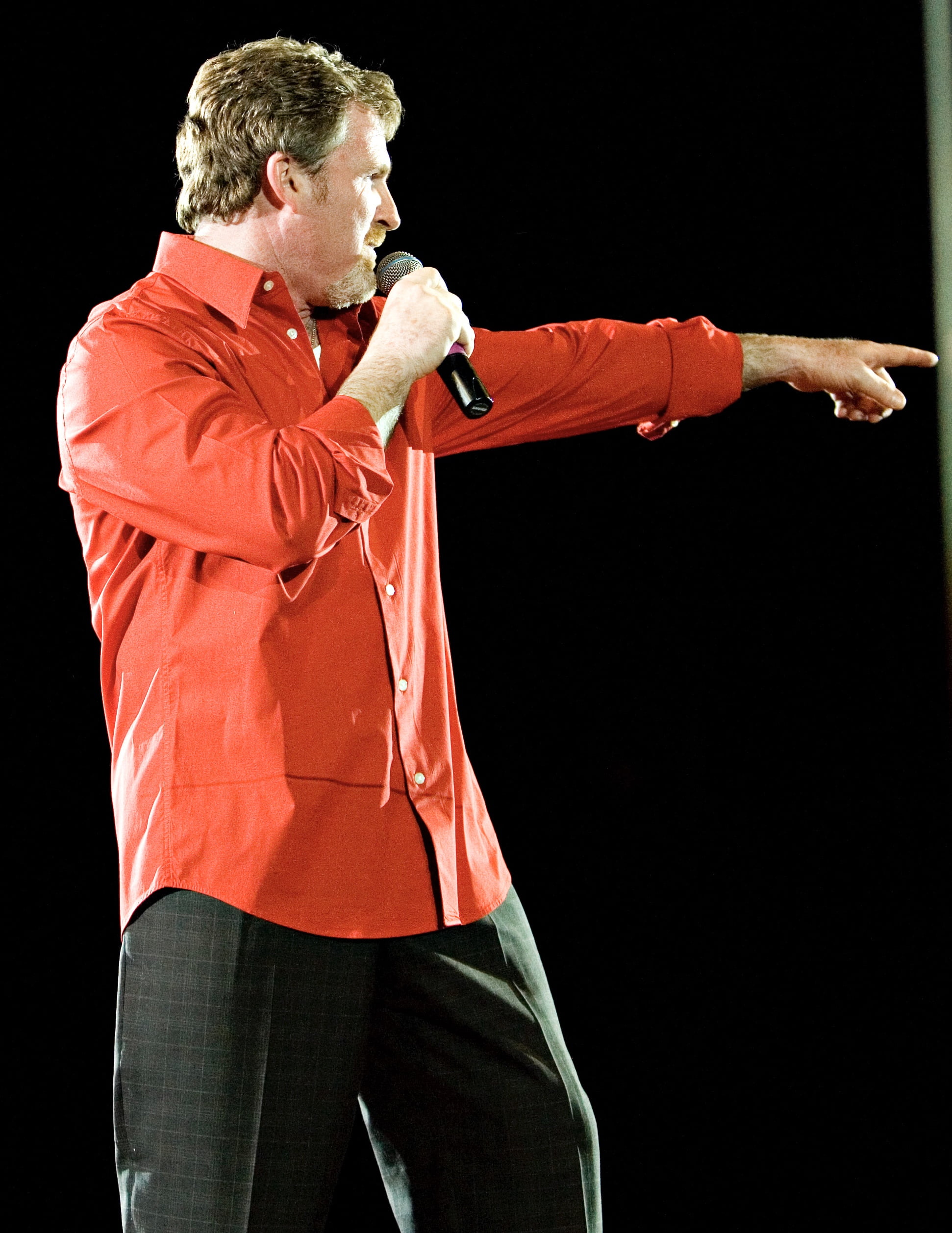 For years, Don Caldwell has produced musical tributes to popular artists, making use of many gifted local vocalists and musicians.

Yes, the talent is that good  – in fact it’s much better than simply “good.”

These well-trained and much-rehearsed Lubbock artists have proven to be so entertaining that Caldwell presently is planning a touring schedule.

Closer at hand, this weekend a concert called “Tribute to the Eagles and Neil Diamond,” produced by Caldwell Entertainment, will be performed at 7:30 p.m. Saturday at the Cactus Theater, 1812 Buddy Holly Ave.

Reserved seats on the floor, and standard balcony seating, are $20. Tickets in the special Balcony Box are $40 and include free concessions; ticket stub must be presented before ordering,

Tickets can be purchased in advance at online site https://www.eventbrite.com/e/southwest-tribute-to-the-eagles-and-neil-diamond-tickets-75395960347

“We currently are putting together a casino tour for this show in 2020,” Caldwell said.

“We also will perform this show on Nov. 16 of this year at the Sandia Resort and Casino in Albuquerque, N.M. This booking is firm. And we’ll know the tour dates for the first quarter of 2020 in the near future,” he said.

“We chose this particular show as the groundbreaking Caldwell Entertainment touring show. Based on the success of many performances of this show, and from the audience response, this obviously is a very competitive tribute show standout. On the surface, it may appear an unlikely combination of music – but all of these performances meld together into an extremely entertaining two hours,” he said.

“We also hope to tour Sheena Fadeyi’s wonderful tribute to Aretha Franklin during the mid-summer of 2020,” the veteran producer added.

Convincing Caldwell to reveal the songs from each tribute show can be like pulling teeth. He remains devoted to the concept of surprising each audience.

The other 20 or so tunes are expected to be equally powerful.

It may not be the official National Free Comic Book Day, but evidently sneaking up on Halloween is reason enough to celebrate comic book readers and owners.

Two sites in Lubbock will celebrate comics on Saturday.

First, Halloween Comic Fest will take place from 9 a.m. to 5 p.m. Saturday at Mahon Public Library, 1306 Ninth St. The festival is free and open to the public.

While they last, each visitor is allowed to take a comic book home from the library at no charge. The limit is two per person.

“This is a lot like Free Comic Book Day, except for the Halloween (theme). You do not have to come in costume, but visitors are more than welcome to do that. The idea is to come and trick-or-treat for comic books, while supplies last,” Star Comics ownership reported,

Evidently, there also are even more “kid friendly” comic books this year.

Guests can purchase wine tickets good for tastings of wine by the glass from more than two-dozen different Llano Estacado wines.

The total cost is $15 for a commemorative Grape Day wine glass, with six tickets. Those six tickets can be used for either six tastings or two glasses of wine.

Grape Day is a celebration of the grape harvest and the conclusion of “the crush,” which continues from late July to early October.

Bounce houses will be present for children and live music by local favorite Bo Garza and friends can be heard throughout the day.