Read on for just a few of the arts and entertainment Best Bets this weekend in Lubbock.

With the opening weekend closing in on sellouts, officials decided to add a third 2 p.m. matinee on Saturday, Dec. 14.

This musical comedy, only one hour in length, will be staged at the Firehouse Theater at LHUCA, 511 Ave. K. Reserved seats are $17, including service charges and can be purchased online at willofthewind.org.

No discounts are available for this production. Advanced reservations are recommended, as only limited seating may be available at the door.

“Frozen Jr.” is an adaptation of the 2018 Broadway play “Frozen,” a musical with music and lyrics by Kristen Anderson-Lopez and Robert Lopez and book by Jennifer Lee. It was based on the 2013 hit Disney comedy “Frozen.”

The Lubbock production includes all of the songs from the 2013 Disney film and also five extra songs added to the Broadway show.

The story centers on the relationships between two sisters who are princesses, Elsa and Anna.

Unknown to Anna, Elsa possesses magical powers to freeze objects and people, which she does not know how to control. After inheriting the throne, Elsa flees after she inadvertently causes the kingdom of Arrendelle to become frozen into eternal winter and nearly kills her sister.

She must sacrifice and show true love to save the day.

“Frozen Jr.” is a co-production of two prestigious Lubbock venues: the producer being non-profit theater company Will of the Wind, working in collaboration with Horizon School of the Arts, the latter training theater students between ages 14 and 18.

For this presentation only, Horizon School of the Arts added a younger class of acting students between ages 4 and 13.

Stage direction for “Frozen Jr.” is by Travis Burge. His gifted wife, Annie Nichols-Burge, oversees musical direction. Choreography is by Maddie Bryan.  Scenic and lighting design are shared by April and Amber Langhennig.

Whereas the series of musical “Jr.” productions traditionally are aimed at young audiences who love musical theater, expect “Frozen Jr.” to appeal to a wide range of ages.

Not hurting at all is the film sequel, “Frozen II,” presently is renewing interest and setting box office records internationally. 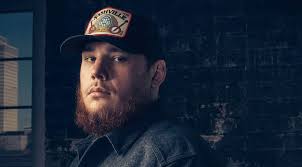 It certainly has not been often United Supermarkets Arena management has agreed to play host to sold out concerts on two consecutive nights – especially when the first headliner (on Thursday, Dec. 5) happened to be the challenging, long-time superstars in Trans-Siberian Orchestra.

But how could the USA possibly say no to the very first headlining tour by young, fun-loving, country recording artist Luke Combs, a North Carolinian who has watched every single song he has released climb to the top of the country music charts?

Combs will command the spotlight at 7 p.m. Friday at the USA – and yes, his show is headed toward selling out.

During his first tour, Combs already has introduced a steady series of rollicking opening acts – Morgan Wallen and Jameson Rodgers will open in Lubbock – and after skimming reviews of a number of Combs’ 2018 and recent 2019 concerts, it became obvious this singer-songwriter also specializes in 90 minutes of fun on stage.

Tickets were placed on sale at Lubbock outlets eight months ago, yet remained available at press time.

Standing room tickets in the general admission pit on the floor are $57.50.

Remaining tickets are on sale at all Select-A-Seat outlets in Lubbock. Ticket availability can be checked by calling 770-2000.

My vote for one of the funniest leads for a concert review of any act goes to Jim Harrington for his coverage of Combs’ appearance at the SAP Arena in San Jose, Calif. He wrote, in part:

“Luke Combs is probably writing a song about beer at this very moment. … OK, that’s an exaggeration. The country music star also shotguns beer, talks about beer, shows videos about beer, plays a guitar with an inscription about beer on it, and holds onto plastic red Solo cups – which may or may not contain beer – like his life depends on it. He not only writes songs about beer, he writes love songs about beer.”

Meanwhile, halfway across the country, music critic Bill Paddack covered Combs’ concert at the Verizon Arena in North Little Rock, Ark. When he learned Combs’ show had sold out, he immediately assumed no seats had been sold in the venue’s upper balcony.

That wasn’t the case.

He dropped out during his fourth year of college to pursue a country music career in Nashville.

His debut single “Hurricane” peaked in 2015 at No. 46 on Billboard’s Hot Country Songs.

He was named 2017 New Artist of the Year at the Country Music Association awards.

Of the 12 tracks on his debut studio album, “This One’s for You” in 2017, his first five singles peaked at the number one position on Billboard’s “Country Airplay,” a first for any artist.

In 2019, Combs shared the CMT Performance of the Year award with Leon Bridges. Combs also joined with Brooks and Dunn for a single called “Brand New Man.” Other Combs hits included “Even Though I’m Leaving,” “Lovin’ on You,” “Refrigerator Door” and “Moon Over Miami.”

And of course, “Beer Never Broke My Heart.”

In June, he was invited to join the Grand Ole Opry. 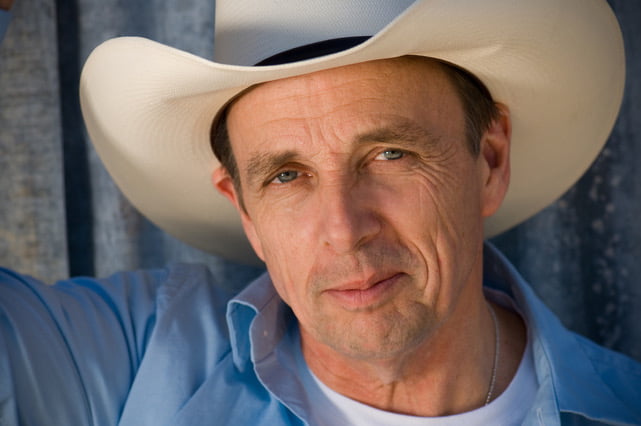 Reserved seats are $35. Reservations can be made online at lubbockcommunitytheatre.org or by calling 749-2416.

Williams, a professional actor and playwright, no doubt remains best known for his multiple “Tuna” comedies in which he co-starred with Joe Sears. The plays were cowritten by Sears, Williams and Ed Howard. More than one “Tuna” comedy ran on Broadway, with Sears winning a Tony Award.

Jaston Williams is a Texas Tech graduate. He performed at the original Lubbock Community Theatre and maintains close ties to LCT, Texas Tech and the Lubbock area.

LCT board member Pam Brown spoke with Williams about bringing his show home to West Texas.

“Returning to the South Plains for Christmas has sort of the feeling of returning to the scene of the crime. I cannot wait to try out my new show in Lubbock first, before taking it on the road next year,” Williams said.

“We called Christmas ‘Blood and Holly’ around our house because the season seemed to make everyone a little tense, including the pets. Looking back on it all now, I have to laugh at what was not funny at the time. So the show will bring family together in the best and worst ways, tell you how to deal with a vegan at the Christmas dinner, or the husband who only got cologne under the tree every year and introduce you to the former sorority girl who longs to live in a ‘double-wide (trailer).

“I just can’t wait to come home and see all my friends at LCT,” he said.

In another conversation, Williams described childhood Christmases as a skittish mishmash of life on “Rebecca’s Sunny Brook Farm” with frequent side excursions into Franco’s Spain.

Hear about the life-damaging Santa Claus experience, the Christmas tree that caused the cat to suffer a nervous collapse and what it was like every Christmas to be one of four people in the room with the same first name.

And from Williams: “Also spend time with the fictional Hugger family, whose Christmas wish list included new teeth for the old folks, knives for the kids, and a better criminal attorney for Darlette. Also find out why it is a really bad idea to flock a Christmas tree inside the house.” 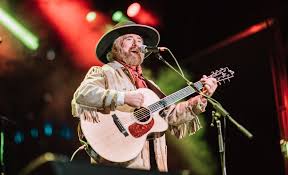 The Cactus Theater in Lubbock will be busy all weekend, beginning with an already sold out show on Friday night featuring country recording act Lee Greenwood singing his own greatest hits and favorite Christmas tunes.

Holland has added an extra temporary row of folding chairs, called A-1, in front of the stage. The price of seats on rows A-1 are $70. Reserved seats on the next four rows (B, C, D and E) are $40. Remaining floor and balcony seats are $35. Limited seats in the balcony box, which include free concessions, are $100.

Call the Cactus at 762-3233, or visit online site cactustheater.com for more information.

Murphey’s holiday shows now include his American hits, cowboy poetry, and classics such as “Wildfire and “What’s Forever For.”

New tours, despite being called Christmas shows, also are bound to include standouts from his “Austinology, Alleys of Austin” album, which reflects the history of Murphey’s development of the cosmic cowboy sound in the 1960s and 1970s.

Thus, do not be surprised to hear “Geronimo’s Cadillac” and perhaps also the lovely Steve Fromholz classic “Texas Trilogy.”

But Murphey has been a working cowboy and started his Cowboy Christmas Tours after enjoying the Cowboy Christmas Ball in Anson in 1992. He will tell the audience all about these Christmas Balls. He loves the land and cowboy values, and Murphey’s cowboy songs will make both nights’ sets special. 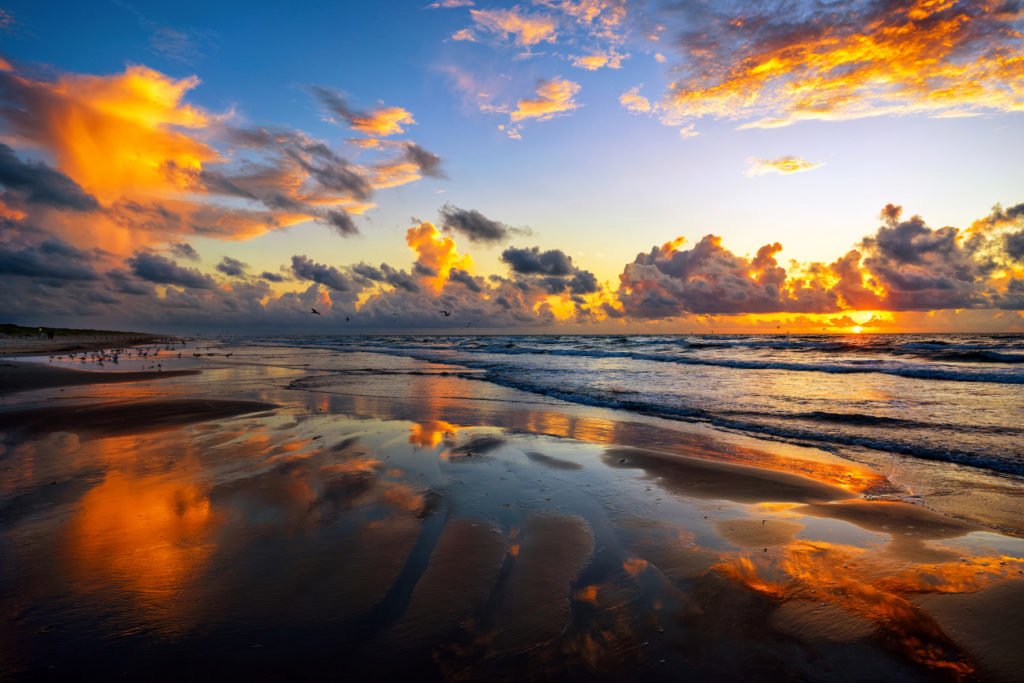 If it is the first Friday of any month, it is time for the First Friday Art Trail to take place, primarily in the art district surrounding LHUCA.

Friday will mark the 183rd non-consecutive First Friday Art Trail, this time with more than 15 galleries and businesses acting as participants where visiting art lovers can stop and view new works by local and area artists.

Four trolleys are used as transport from one participating venue to another, although LHUCA officials do not provide departure points.

For a free listing of all galleries and businesses taking part in First Friday Art Trail, visit online ffat.org.