Moe Bandy was first finding fame about the time I began covering the arts in Lubbock. His talent, performances and work ethic proved to be consistent and he never faded away.

That’s why, even though his songs no longer top the country charts, his fans continue to take advantage of opportunities to see him perform. Kudos to Cactus Theater owner Darryl Holland, too, for saluting the country music veterans.

Somewhat surprisingly, tickets to see Bandy are even priced just a tad higher than the tickets for contemporary artist Amanda Shires on Sunday. But then Bandy will be singing “Bandy the Rodeo Clown,” “Hank Williams, You Wrote My Life,” “Barstool Mountain” and “I Just Started Hating Cheating Songs Today.”

The week’s music also includes The Steeldrivers at the Cactus and the return of Mike Ryan with Mason Lively at Charley B’s. Both of those are Saturday offerings.

Still, for this week’s five Best Bets, please read on.

As competing Big 12 teams approach the annual excitement of March Madness, look for the Texas Tech Red Raiders varsity basketball team, coached by Chris Beard, to be pitted against the University of Texas Longhorns in a televised contest at 11 a.m. Saturday at the United Supermarkets Arena, 1701 Indiana Ave.

Check for advance tickets at www.texastech.com, but tickets may be available at the arena box office at game time. 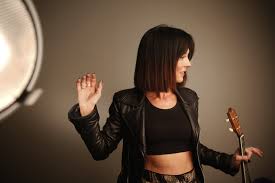 In my mind … for my money … the biggest Lubbock concert thus far in 2020 could very well be a homecoming show headlined by songstress/violinist Amanda Shires, a long-awaited stop on her ongoing “Atmosphereless Tour” at 7:30 p.m. Sunday at the Cactus Theater, 1812 Buddy Holly Ave.

With her parents divorced, Shires found her childhood divided between visits with her mom in Lubbock and her dad in Mineral Wells. But as she began making her musical bones as both a member of Thrift Store Cowboys and, at age 15, a young fiddle player with the Texas Playboys, the Western Swing backing band for Bob Wills – I see no reason at all why Lubbock should not continue to claim this magnificent musician and recording artist as one of its own.

Now 37, Shires is married to musician Jason Isbell; they are parents to 4-year-old daughter Mercy Rose.

Tickets for Sunday’s concert could not be more reasonably priced at $25 throughout the house. Limited balcony box seats are $50, with no additional charge for concessions if ticket stubs are shown in advance.

All sales are final. The Cactus Theater does not permit exchanges, refunds or credit for future shows in exchange for unused tickets. The theater’s box office is manned at 3 p.m. Monday through Saturday, unless Monday is a major holiday.

Shires has released six solo albums since “Being Brave” in 2005, and she now is touring in support of “To the Sunset,” released in 2018 on the Silver Knife label.

Shires began attending Sewanee: The University of the South, a small liberal arts college in Sewanee, Tenn., in 2011. She eventually graduated with a Master of Fine Arts degree in poetry/creative writing in 2017.

Her song “When You Need A Train It Never Comes,” from the recording “Carrying Lightning,” was ranked the fifth best song of 2011 by American Songwriter.

As early as 2012, Shires appeared on the cover of Texas Music magazine, which named her Artist of the Year.

In 2017, Shires won Emerging Artist of the Year at the Americana Music Honors & Awards.

In 2018, she earned a Grammy Award for Best Americana Album for “The Nashville Sound;” that same year, Shires won a UK Americana Award for International Album of the Year for the same recording.

In 2018, she also won an Americana Music Honor & Award for Duo/Group of the Year for her work with Jason Isbell & The 400 Unit.

Shires presently is nominated for Album of the Year from the Americana Music Honors & Awards for her solo album “To The Sunset.” Results are pending.

In 2019, she formed a country music group called The Highwomen with Brandi Carlile, Maren Morris and Natalie Hemby. “Redesigning Women” was the first single from their self-titled debut album, released last Sept. 6.

Shires worked as a member of Texas Playboys, Thrift Store Cowboys and Jason Isbell & the 400 Unit, as well as part of a duo with Rod Picott. She would also perform and record with Devotchka, Chris Isaak, Todd Snider and Justin Townes Earle.

Following her 2005 debut recording “Being Brave,” she relocated to Nashville in 2009 and released “West Cross Timbers.” That same year she released “Sew Your Heart with Wires,” a collaboration with Rod Picott.

Her next solo album was “Carrying Lightning,” released in 2011. That was followed by “Down Fell the Doves” in August 2013 and My Piece of Land” in September 2016. The latter proved to be Shires’ breakthrough.

Borrowing a lyric from her song “Break Out the Champagne,” Shires describes current album “To the Sunset:” as … “It’s all rock and roll – no golf.”

The Texas-born road warrior, new mom and recently minted MFA in creative writing has mined a range of musical influences – revealing an Amanda Shires many did not know existed.

Armed with stacks of journals, she wrote a batch of new songs in a flurry of focus and solitude, many in a closet at the Shires/Isbell home. Shires explained, “With a child running around, there is nowhere to hide.”

She told producer Dave Cobb she wanted her new songs to have atmosphere … “I explained to Dave that the album was going to be sort of poppy and that I was going to bring some sunshine into the world because it’s pretty dark right now.”

Her influences include Leonard Cohen and John Prine; she considers the latter a mentor.

“I was talking to John while I was writing this record. He was talking about using images that actually happened to you to make the songs true. Also, if you use images that you can see daily, it is more relatable,” she said.

“To the Sunset” is meant to be “a positive thing,” said Shires.

“Acknowledging your past, and at sunset, your hope for a new day. (The album) sounds like a toast: This day is over, we don’t know what’s in the future, but it’s hopeful, I think.” 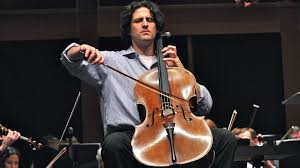 The guest conductor is David Itkin.

Guest cellist Amit Peled will perform one of the world’s most beloved cello concertos, Dvorak’s Cello Concert Op. 104, B minor.

The orchestra will close with Rachmaninoff’s final symphony: Symphony No. 3, featuring Russian influences and passionate themes.

Tickets can be purchased in advance by calling 762-1688 or visiting web site lubbocksymphony.com and on the night of each performance at the Civic Center Theatre box office.

Tickets for a 6 p.m. pre-concert dinner and conversation with the evening’s maestro are $25. These tickets also can be reserved in advance by calling 762-1688.

“This concert will be a perfect opportunity to showcase the abilities of our guests, as well as our great orchestra, and wow audiences with a truly memorable musical experience,” he said.

Israeli-American cellist and conductor Peled has performed as a soloist with many of the world’s top orchestras and in such major venues as Carnegie Hall, Salle Gaveau in Paris, Wigmore Hall in London, Konzerthaus in Berlin and Tel Aviv’s Mann Auditorium.

Itkin is music director and conductor of the Abilene Philharmonic and holds the Anshel Brusilow Chair in Orchestral Studies at the University of North Texas in Denton.

Most events and ticket prices are listed on the event’s Facebook page: https://www.facebook.com/events/2082710608691469/ or at web site www.lubbockcon.com.

Will of the Winds Productions presents “Lubbock-Con Radio Drama,” directed by Patrick Mitchell, specifically Lo Guana’s adaptation of “Superman, The Meteor of Kryptonite” at noon Saturday and again at 11 a.m. Sunday.

‘The Good Doctor’ staged at LCU

Playwright Neil Simon’s hilarious “The Good Doctor,” a series of short plays based on stories and other works by Russian writer Anton Chekhov,” will be staged at 7:30 p.m. Friday and Saturday at the CDC Theatre for the Fine Arts on the campus of Lubbock Christian University, 5601 19th St.

General admission tickets are $10 and will be sold at the door.

The plot finds an unnamed writer (meant to represent Chekhov himself) suffering from writer’s block – so he narrates to the audience 10 of his own short stories as they are being acted out.

The director and cast members were not announced, but rest assured, I have seen well-performed past performances and the play, suitable for families, is very funny.