In photo above: The Bride (Holly Roberson), in Christ in the Arts “Epic.” Photo by Tracy Sharpe.

This week’s Best Bets are varied, and I also should point out that Sam Mendes sure-to-be-Oscar-nominated war drama “1917” opens Friday, Jan. 10, at most of Lubbock’s multiplexes.

Best bets, however, vary from original dance by Christ in the Arts to rare screenings of a Japanese animated film which already has earned four Annie Award nominations. Fans of Elvis Presley and The Bellamy Brothers also have options. Read on for this week’s choices.

Christ in the Arts: ‘Epic’

But all tickets will be priced $5 higher at the door.

Note that children age 2 and younger, who will sit on the lap of a parent or guardian and not take up their own seat, receive free admission.

Direction is by Jennifer Elder. Lighting directors are Elder and Robert Todd.

CITA is using no guest dancers for this production; all dancers are members of Christ in the Arts. More than 150 students of all ages and experience levels will participate in this production.

“EPIC” is a dramatic retelling of the story of the relationship of God with humanity from the very beginning of time.

This sweeping panoramic story of His enduring, tender love is portrayed as that of a husband toward His bride. The combination of beautiful, narrative music with powerful, dramatic choreography makes this production something very unique in both its message and its medium.

“’EPIC’ defies label or categorization.  Its approach is unlike anything most people have seen.  And it tells what, at first, may seem to be a very familiar story, but within minutes of the production’s opening, the audience begins to realize this is not the standard fare. This is a story for the heart … one they deeply know, but may have forgotten,” said Randall Hinds, CITA executive director.

“Because it was well-loved during those previous years, we feel it is very appropriate to bring it back in 2020,” explained Hinds. 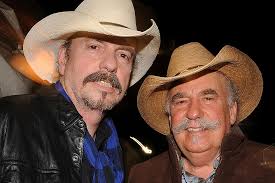 I could not even estimate how many times I have witnessed performances by brothers David and Howard Bellamy, as their career took off about the same time I began working for the local newspaper. But I can tell you this: The duo never gave less than their all, entertaining performances in an array of venues.

Which also, of course, is why The Bellamy Brothers always were around when the Country Music Association or Academy of Country Music were announcing nominees for the year’s Best Country Duo or Group.

Thanks to theater owner Darryl Holland, The Bellamy Brothers will headline a performance at 7:30 p.m. Friday at the Cactus Theater, 1812 Buddy Holly Ave.

The Bellamy Brothers are an American pop and country music duo consisting of brothers David Milton Bellamy, who is 69 and Homer Howard Bellamy, who is four years older, from Darby, Fla.

The duo enjoyed considerable recording success in the 1970s and 1980s, beginning with the release of crossover hit “Let Your Love Flow” in 1976.

Starting in the late 1970s, The Bellamy Brothers’ country music success stories included 20 No. 1 singles and more than 50 songs that made the country music charts. To date, they have released more than 70 albums, primarily on Curb Records.

In the era of the 2000s, The Bellamy Brothers hold the record in both the Academy of Country Music and Country Music Association for most total nominations in the category of Best Country Duo or Group. The brothers also have not been overlooked in terms of Grammy Award nominations.

When the subject turns to touring, the duo are showing a younger, new generation how it is done. “We’re old road dogs,” said Howard with a grin. David added, “Our live draw is bigger than it was in the 1980s. I think the same people that grew up with us and our music in the 1960s and 1970s obviously have raised a whole new generation of Bellamy Brothers fans who started toddling to our music. Now they are turning up at our concerts as college kids, who are really turned on and tuned in to us and our music – and it’s a great feeling.”

The Bellamy Brothers’ latest ambitious project celebrates their career with 20 of their biggest hits and 20 new songs in a two-CD collection.

The duo’s top hits include “Spiders and Snakes,” “If I Said You Had a Beautiful Body (Would You Hold It Against Me)” and “Let Your Love Flow.”

The Bellamy Brothers also have enjoyed a surge of renewed popularity in Europe.

In addition to their 73 recordings in the United States, The Bellamy Brothers released 25 albums in Canada, 21 in Germany, 11 in the United Kingdom, nine in the Netherlands, eight in Australia and New Zealand, three in Japan and Portugal, two in Italy, and one in Austria, Belgium, Czechoslovakia, France, Kenya, South Africa and Spain.

Reserved seats on the theater’s four rows closest to the stage are $45. Remaining floor seats are $40.

Standard balcony seats are $35. Limited seats in the theater’s unique balcony box are $80, with no extra charge for concessions if the ticket stub is presented before ordering.

Friends of the Library: Half-Price Sale

It would be a huge mistake to scoff at, or ignore, one of the rare Half-Price Sales being held by Friends of the Library from 9 a.m. to 5 p.m. Friday and Saturday in the basement of the Mahon Library, 1306 Ninth St.

The sale is open to the public at no charge and member of Friends of the Library (FOL) are given opportunities for even larger discounts.

Actually, the real name of this specific tribute concert is: “Remembering the King: From the Sun Years to Elvis Presley Blvd.” – and I am not 100 percent certain that will fit on one line on the theater marquee.

The concert is confirmed for 7:30 p.m. Saturday at the Cactus Theater, 1812 Buddy Holly Ave.

Two of the top Elvis tribute artists in the United States are featured.

The 16-year-old dynamo Moses Snow will entertain as “young Elvis.”

Fans can check out a 2018 casual performance by Snow in Memphis on youtube at https://www.youtube.com/watch?v=OBF4s2O1BzU

Meanwhile, multi-award-winning Doug Church, who has been nicknamed “True Voice of Elvis,” will be featured as “Vegas Elvis.”

“Shortly after leaving the Air Force, Church entered the Worldwide Elvis Impersonators contest at Bad Bob’s Vapors in Memphis, Tenn., where he won first place as ‘World’s Best Elvis Tribute Artist.’” according to a bio on Church’s website,

“Subsequently, after a successful audition, Church joined the famous Las Vegas tribute show ‘Legends in Concert,’ and worked with them for seven years as The King. He performed in such locations as the Bahamas, Puerto Rico, Jamaica, the Virgin Islands, Aruba, Bangkok, Hong Kong, Mosco, as well as U.S. and Canadian locations. He later began touring the world with his own shows.”

Both Elvis Tribute Artists will be backed by the Caldwell Collective Band.

Reserved seats on the theater’s four rows closest to the stage are $30. Remaining floor seats and standard balcony seats are $25.

Limited seats in the theater’s unique balcony box are $50, with no extra charge for concessions if the ticket stub is presented before ordering.

This will be a very special show for all fans as we celebrate the one and only King of Rock ’n’ Roll. A sellout crowd is expected for this special birthday tribute featuring two great tribute artists,” said Cactus Theater show producers. 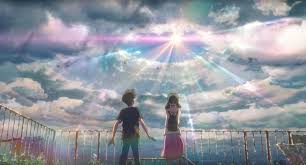 Fan preview screenings of the Japanese animated film “Weathering with You” will be offered at both 7 p.m. and 8 p.m. on Wednesday and Thursday, Jan. 15 and 16, at Cinemark’s Movies 16.

The showings at 7 p.m. have been dubbed into English. The screenings each night at 8 p.m. are shown in their original Japanese with English subtitles.

Tickets for all screenings are $14.

“Weathering with You” is a 2019 Japanese animated romantic fantasy film written and directed by Makoto Shinkai.

The film is set in Japan during a period of exceptionally rainy weather and tells the story of a high school boy who runs away to Tokyo and befriends an orphan girl. The girl appears to be able to manipulate the weather.

“Weathering with You” was released in Japan lst July. The previous day, a novel adaptation written by Shinkai – one of his original works – was published. Then a manga adaptation, illustrated by Watari Kubota, was first serialized in Kodansha’s “Afternoon” came out a few days later.

It was selected as the Japanese entry for Best International Feature Film at the 92nd Academy Awards.

It also received four nominations at the 47th annual Annie Awards — including Best Independent Animated Feature. That ties it with “Spirited Away” and “Millennium Actress” as the only three films with four Annie Award nominations, still a record high for any anime film at the Annies.

The Annie Awards cover animated films with a smaller distribution than major studio releases. Each film can be shown at fewer than 1,000 theaters in the United States.

“Weathering with You,” a boy-meets-girl tale mixed with supernatural elements on a grand scale, was also nominated for Best Writing, Best Direction and Best Animated Effects in a Feature.

In some categories, “Weathering with You” will compete against international hits “Frozen 2” and “Toy Story 4.”

Annie Award winners will be announced Jan. 25 at an award ceremony in Los Angeles.