This week’s Best Bets range from ABBA songs to movies which many film lovers might be inclined to pass by. Really.

Take note that Cinemark’s Movies 16 also will bring back Bruce Springsteen’s “Western Skies” with one matinee and one evening showing each day for the next week.

Arrival from Sweden, Music of ABBA

The ABBA tribute band – a TRIBUTE band, mind you – which will perform on Tuesday and Wednesday, Nov. 12-13, at the Cactus Theater, 1812 Buddy Holly Ave, received the following rave review from the Gray Lady herself, The New York Times: “It was quite possible to suspend reality and believe that the original ABBA were up on stage once again.”

Both band names carry a punch – and both sell tickets.

Be assured Cactus Theater owner Darryl Holland worked for almost a year to bring this international ABBA tribute band to Lubbock. When it was confirmed at 7:30 p.m. Tuesday, tickets sold like wildfire. But Holland had planned ahead and made arrangements for The Music of ABBA to also headline a second show on Wednesday.

Look for that show to also likely sell out – but for now, tickets remain available.

Tickets are priced at $45 for temporary extra row A-1 set up in front of the stage and for the theater’s first two permanent rows (A and B), then $40 for rows C-F, and $35 for remaining downstairs seating on rows G-K.

Recall that ABBA, the Swedish sensation from Stockholm, was a constant resident on the pop charts from 1974 until the band dissolved in 1982.

The name of the group was an acronym of the first letters of members’ first names: Agnetha Faltskog, Bjorn Ulvaeus, Benny Andersson and Anni-Frid Lyngstad.

The original ABBA has not graced the charts for 37 years.

In addition to Tove and Vicky, Lalle takes the place of Benny on keyboards, and Daniel handles lead guitar work once provided by Bjorn.

The number of additional musicians traveling and performing with Arrival from Sweden: The Music of ABBA numbers between four and eight.

The band was founded by Vicky in 1995 in Gothenburg, Sweden and soon became the most popular international ABBA tribute band.

Since 1995, the band has performed in 60 countries, with 65 successful tours in the United States. Arrival from Sweden also has performed with more than 70 symphony orchestras.

Meanwhile, fans never grow tired of hearing such ABBA hits as: “Dancing Queen,” “Mamma Mia,” “Does Your Mother Know,” “Take a Chance,” “SOS,” “The Winner Takes It All,” “Super Trouper,” “Money Money,” “Waterloo,” “Honey Honey,” “Fernando,” “Chiquitita,” “Knowing Me Knowing You,” “Thank You for the Music,” “Lay All Your Love on Me” and “Gimme Gimmme Gimme.”

Music by ABBA was adapted into a popular stage musical called “Mamma Mia” in 1999.

ABBA the Museum opened in Stockholm, Sweden in 2013.

The Arrival from Sweden band performs in ABBA-inspired costumes. Most original outfits used by ABBA were made by Owe Sandstrom. 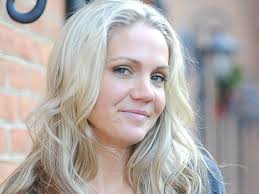 Show will be opened by local artists: singer Holly Harper and comics Miguel Lozano and Michael Shields, with the latter also emceeing this concert.

Show is recommended for ages 18+. Must be ages 21+ to drink alcohol. BYOB policy in effect (with full service). IDs will be checked at the door.

Jessa relays raw and candid stories about her past and her new life as a homeschooling housewife trying to blend in with normal people. Her honesty is shocking, inspirational and not for the faint of heart.

Jessa made her debut on Comedy Central’s “This Is Not Happening.” She is co-host of popular podcast “Mormon and the Meth-head.”

Friday’s concert is a strictly “No recording event. Anyone found recording will be asked to delete all footage and sound, and risks being removed.”

The theme for the second Masterworks concert is “An American in Paris.”  This concert, conducted by Maestro David Cho, takes place at 7:30 p.m. Friday and Saturday at the Lubbock Memorial Civic Center Theatre, 1501 Mac Davis Lane.

The price to attend Soundbites, a pre-concert combination of dinner, conversation and music is $30. Call 762-1688 for details and reservations.

During the concert, viola soloist Kimberly Sparr will perform the Viola Sonata, Opus 120, No 1, by Johannes Brahms, arranged by Luciano Berio.

“This soloist is sure to bring the audience to its feet,” said Cho.

Equally skilled as a solo, chamber and orchestral violist, Sparr is assistant professor of viola at Texas Tech School of Music. She is a founding member of the Atlantic Chamber Ensemble.

During summers, she is assistant principal violist of the Colorado Music Festival Orchestra.

Prior to Texas Tech, Sparr served on faculties at the College of William and Mary and the University of Maryland Baltimore County.

The concert opens with Gershwin’s “An American in Paris.” This piece tells the story of an American man traveling in France. Audiences are treated to exciting musical depictions of Paris, complete with honking car horns. The composition also served as inspiration for the 1951 musical film with the same name.

The annual dance festival staged by the Texas Tech School of Theatre and Dance, featuring student choreography and performances by gifted Tech dance students, takes place at 7:30 p.m. Thursday through Saturday at the Creative Movement Studio, 1395 Akron Ave. or the southwest corner of Akron Avenue and Glenna Goodacre Avenue on the Tech campus.

General admission tickets are $15 for the general public and $5 for students. Friday and Saturday performances are expected to sell out.

“Fall Dance Festival is an interesting production  because it is fully produced by our students. Choreographers learn to work with costume, lighting and sound designers, while training to serve as crew for their own productions. They get the experience of completely producing a show from all perspectives creatively and from a technical theater standpoint. This gives them a fuller understanding of what it takes to produce a dance production and it gives them agency over their own work,” said Kyla Olson, Tech artistic director and assistant director of practice,

There is little doubt the Veteran’s Day weekend release, “Midway” and perhaps also a sequel for Stephen King’s “The Shining,” namely “Dr. Sleep,” may climb high on box office charts this weekend.

But there are an assortment of films making their way to Lubbock theaters which should not be overlooked by anyone with an interest in following fast approaching Oscar races.

This story focuses on a lonely little boy who has struggles fitting in at camp. So he creates an imaginary friend.

Camp is a Hitler Youth Training Exercise and Jojo’s imaginary friend is an adult Adolph Hitler.

I was a fan of Ho after watching “The Host” and “Snowpiercer” — and “Parasite” is even better.

It is almost impossible to describe without giving away the story, yet note the tale starts off hilarious, makes completely unpredictable, twisting turns and ends up one of the year’s most imaginative efforts.

And consider … “The Lighthouse,” from director Robert Eggers.

Most critics, and a lot of general moviegoers, found Robert Eggers’ debut film “The Witch,” more than a little eerie.

To tell the truth, I found “The Witch” (and especially its goat) somewhat overrated. But psychological drama “The Lighthouse” appears to have a setting that could push many to the point of madness. Former sailor Thomas, played by Willem Dafoe, is expected to show ex-lumberjack Ephraim (played by Robert Pattinson) the daily systems to working as a lighthouse keeper. A more lonely job might be hard to find.

And consider … “Motherless Brooklyn,” co-starring and directed by Edward Norton.

Former Oscar nominee Norton portrays a private detective with Tourette’s Syndrome, who is intent on solving the murder of his best friend, played by Bruce Willis.

When Norton gets a role he can sink his teeth into, he rarely lets go.

And if you have been avoiding this movie, consider … director Todd Phillips “The Joker.”

Lead actor Joaquin Phoenix delivers one of the best performances I’ve ever seen as the title’s iconic  villain.

The film may be best understood after multiple viewings.

Appreciating the past, consider … 1974’s “The Godfather II.”

Fathom Productions allows Francis Ford Coppola’s “The Godfather II” – which ranks with my five favorite films – to return to Cinemark’s Movies 16 for screenings on Sunday and Wednesday, Nov. 10 and 13.

Of course, many consider “The Godfather” and “Godfather II” to be simply one much longer film. I will not debate them.

Regardless, “Godfather II” set Robert De Niro on his path to stardom once Coppola had to complete a massive rewrite after Marlon Brando refused to return to take part in flashback sequences.