That’s what I’ve been thinking since David – a friend to so many of us – was killed while riding his bicycle on a rural road west of Lubbock.

That’s what I was thinking when I went to his visitation with so many people it took about an hour to get through the line to greet David’s wife Ainsley, his brother Jack and sister Jill.

And those thoughts kept flowing over me during his Service of Worship and Praise at First Christian Church where the crowd filled the sanctuary and overflow room.

That greeting … do we do it?

People talked about David’s warm greetings – his smile, firm handshake and how he looked you in the eye.

I’ve been thinking about that a lot.

So many of us are greeted by a friend or acquaintance who asks, “How are you?” and we go off on a litany of what’s wrong.

Maybe it’s not because we’re terribly negative, but our minds naturally focus on challenges. We don’t spend most of our days focused on what’s good in our lives, because it’s human nature to take it for granted.

I’m guilty of that and try to do better, but I don’t do it well every day.

‘I’m a better person because of David’

David did and made it seem effortless.

That and more were mentioned numerous times during the service.

He made people comfortable and feel important.

“If something was going on in our family, David was there,” said longtime friend Mark Griffin.

But he also went to Mark’s daughter’s dance recitals.

“Even when I didn’t want to go,” Mark told the audience at the church.

Phil Gamble met David in third grade in Lubbock and they were roommates at Texas Tech University School of Law.

‘I hope you stay friends with David Nelson because he’s something special.’

“My mom said ‘I hope you stay friends with David Nelson because he’s something special,’” Phil said at the service.

David would join the Gambles on vacations and when Phil couldn’t go for some reason, his parents would ask if David could still come.

Congressman Jodey Arrington said: “I wouldn’t be where I am or who I am without David Nelson.”

David’s death came at a time we were looking forward to him wearing judge’s robes starting next year.

“His death was untimely because he was still rising,” said Rev. Paul Carpenter. “Some lives end on a slide downward, David was climbing to the end.”

So we can honor his memory by being like David, who strove to be Christ-like.

If we were all more like David every day, we’d have a better world – and what a great way to honor the memory of this man, who was beloved because of how he loved.

One more way to honor David

David was Lubbock born and raised.

An endowed scholarship in David’s name has been established at the law school.  To honor our friend, please send your donation to: 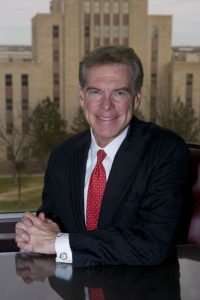