Naturally, Santa Land still is open and family Christmas activities easily can be found this weekend. Check out your favorite nightspots for potential live music, often during earlier hours. That said, read on for my own Best Bets this week.

The original plan, at least based on a prior club calendar, was for Blue Light Live, 1806 Buddy Holly Ave., to be closed on the Saturday preceding Christmas Day.

However, that was before all but one of the original Thrift Store Cowboys wanted to return to headline a 20th-anniversary show at the Blue Light.

And who could turn one’s back on that sort of excitement?

“Thrift Store Cowboys laid the groundwork for many South Plains bands. There’s a good reason our room fills up every year when they come back to town,” Dustin Six, Blue Light Live co-owner, told Lubbock Lights,

Doors open at 9 p.m. Saturday with opening bands kicking things off at 10:15 p.m.

One bio states simply: Thrift Store Cowboys are an alternative country and indie rock group formed in 1999 in Lubbock by Daniel Fluitt and Colt Miller.

Meanwhile, a recent release from the band practically exclaimed, “Thrift Store Cowboys are turning 20! Our first show was on Dec. 29, 1999, right here in Lubbock – and to celebrate the occasion we are (performing) a recreation of one of the best West Coast tours we ever went on.”

(Most of the band members met at South Plains College.)

Blue Light Live is open only to fans age 21 and older. Tickets for Saturday’s show, sold at the club, are $15. Barring an advance sellout, the ticket price is $20 on the day of the show.

Thrift Store Cowboys asked Rodney Parker & 50 Peso Reward to be their featured (second) opener, while One Wolf will be the first band to take the stage.

According to Six, both opening bands “cited TSC as having heavily influenced their music.”

Six pointed out that the only “missing” Thrift Store Cowboy is fiddle player and vocalist Amanda Shires – who has become a star.

Shires released her first solo album in 2005 and presently is booked to headline March 1 at the Cactus Theater in Lubbock.

Meanwhile, Thrift Store Cowboys released its first in a series of studio albums, “Nowhere With You,” in 2001. Their limited edition live album recorded in 2007, “Live at Sabala’s,” now is out of print.

Craig Schumacher produced the band’s 2006 album “Lay Low While Crawling or Creeping.” An Austin Sound critic wrote, “The album is to country music what Jim Jarmusch’s film ‘Deadman’ was to the western.”

Update: Blue Light Live definitely will be closed Dec. 22-30 for the holidays.

While the Lubbock arts and entertainment opportunities are somewhat light in the days immediately preceding and following Christmas, there still are events where one can relax and smile with family members and guests.

Among the delightful are the annual Cactus Family Christmas Concerts, at 7:30 p.m. Friday and Saturday at the Cactus Theater, 1812 Buddy Holly Avenue.

That the concert has returned by popular demand for 25 consecutive years speaks volumes.

“This show has been a tradition at the Cactus Theater since 1994, our first year in operation. Helping make these concerts so special through the years is our bringing back many performers who already headlined at many of these multi-concert events,” said Don Caldwell – Cactus founder and former owner, and Family Christmas shows producer.

“We are doing the same thing this year, pulling from the Caldwell Entertainment pool and producing two shows. Additionally, as always, we showcase some of the outstanding younger performers from the Caldwell Kids Vocal Performance School to cap things off.

“Material ranges from the traditional ‘O Holy Night,’ sung by Sheena Fadeyi, to ‘Run Run Rudolph,’ sung by Butch Avery, and everything in between. We hope to attract two packed houses this weekend,” he said.

Reserved tickets for those age 3 and older are $25 for seating on the lower level and standard balcony seating. Tickets for the same seats are only $12.50 for fans age 12 and younger. Limited seating in the balcony box are $50 and include concessions at no additional charge.

Meanwhile Darryl Holland, owner of the Cactus, added, “There are many reasons why the historic Cactus Theater remains a consistent destination – but perhaps more during this time of year. Because it is a treasured space where so many have shared special times together celebrating the season, and that spirit of togetherness weaves itself among all in attendance.

“We decorate the theater to tie in with the performance and to create that warm, festive feel that makes the Cactus similar to a living room environment. The sounds and festive décor combine to create a feeling that is special – and performances complete the sensation,” he said.

True, Tech fans were surprised, if not alarmed, when the Red Raiders dropped a pair of games at the Las Vegas Invitational and then fell to DePaul at the Big 12-Big East Battle in Chicago.

Worries this season had transformed into a rebuilding year for Coach Chris Beard, whose team ended one game away from a national championship last year, were quickly corrected.

That Tech squad now is nationally ranked with a 7-3 record and just two games remaining before Big 12 Conference play begins.

Up next is a home game at 1 p.m. Saturday at the United Supermarkets Arena. The opponent is the University of Texas Rio Grande Vaqueros, based in Edinburg and a member of the Western Athletic Conference.

The Vaqueros’ current record is 4-7.

Tickets are available by calling 742-8324, or emailing [email protected].

Tickets also can be purchased at the United Supermarkets Arena box office on Saturday.

Exciting Texas Tech player Jahmi’us Ramsey has been held out of recent games with a hamstring injury; at mid-week, it was undetermined whether he would be activated to play Saturday against UT Rio Grande Valley.

But does every family know about the Lubbock tradition of free, horse-drawn carriage rides?

The event is open to the public at no charge at Kingsgate Center, 8201 Quaker Ave.

In addition, Kingsgate Center offers its final Visits with Santa at the Soft Surroundings outlet from noon-4 p.m. on both Saturday and Sunday. 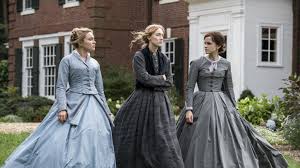 The end of this year is no different for Lubbock’s diehard film fans.

There always are a few respected films – one might be director Sam Mendes “1917” – which fail to arrive before year’s end.  Instead, arrivals are delayed until later in January.

Keep in mind that Martin Scorsese’s “The Irishman” and director Noel Baumbach’s “Marriage Story,” the latter starring Adam Driver and Scarlett Johansson, continue to attract attention while streaming on Netflix.

“Little Women” – Director Greta Gerwig opted to follow “Lady Bird” by writing and directing the eighth film adaptation of Louisa May Alcott’s 1868 novel. This time, the March sisters are: Saoirse Ronan as Jo, Emma Watson as Meg, Florence Pugh as Amy and Eliza Scanlen as Beth.

Ronan, Pugh and Dern have dominated the film’s early Oscar consideration, yet it is far too early to write off Gerwig, the film itself or the often magical Streep.

“Spies in Disguise” – An animated comedy co-directed by newcomers Nick Bruno and Troy Quane, and featuring the voices of Will Smith and Tom Holland.

Smith provides the voice of super spy Lance Sterling, who often had depended on gadgets invented by 15-year-old scientific genius and MIT graduate Walter Beckett. But this time Sterling must figure out how to save the world from a cybernetic madman after his young partner accidentally transforms the secret agent into a pigeon.

“Uncut Gems” – Co-directed by brothers Josh and Benny Safdie, the script for this crime thriller starring Adam Sandler includes unpredictable twists. Sandler is another earning consideration as an award nominee. The National Board of Review includes “Uncut Gems” among the year’s Top 10 films, and honored Sandler as the year’s Best Actor.

Sandler’s character operates a jewelry store in New York’s diamond district. He enjoys wagering and enters potentially violent territory when placing bets on sports and auctions – using cash already owed to dangerous loan sharks, one of whom is his own brother.

Sandler has been praised for nimbly stepping so far out of his comfort zones.

Too many viewers are avoiding 89-year-old director Clint Eastwood’s slightly flawed/controversial, but intense, drama “Richard Jewell.” I expect three of our four very recent arrivals to command more ticket sales. (“Cats” strikes me as iffy, despite its unique cast.)

The four new local attractions include:

The story: Over one night, a tribe of Jellicle cats makes a “Jellicle choice,” deciding which cat will ascend to the Heaviside Layer and be rewarded with a brand new life.

“Jumanji: The Next Level” – A comedy co-written and directed by Jake Kasdan, this is the second sequel to 1995’s “Jumanji” and follows 2017’s very funny “Jumanji: Welcome to the Jungle.” Reprising past roles are actors Dwayne Johnson, Kevin Hart, Jack Black, Karen Gillan and Nick Jonas.

“Star Wars, Episode IX: The Rise of Skywalker” – This needs little introduction. J.J. Abrams returns to direct the third installment of the “Star Wars” sequel trilogy, which arrives on the heels of 2015’s “The Force Awakens” and 2017’s “The Last Jedi.”

This is the final episode in the nine-part Skywalker Saga, arriving 42 years after the debut of the original “Star Wars: A New Hope” in 1977.

A full cast listing might border on including spoilers. It will suffice to note the return of Daisy Ridley as Rey, Adam Driver as Kylo Ren, John Boyega as Finn, Oscar Isaac as Poe Damron, and Anthony Daniels is back as C3PO. Notable newcomers: Keri Russell as Zorii Bliss, and Naomi Ackie as Jannah.